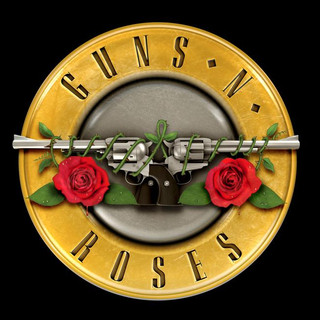 Glam metal (also known pejoratively as hair metal and often used synonymously with pop metal) is a subgenre of heavy metal, which features pop-influenced hooks and guitar riffs, and borrows from the fashion of 1970s glam rock. Glam metal is influenced by music acts like Alice Cooper, Cheap Trick, Kiss, and Van Halen. It arose in the late 1970s and early 1980s in the United States, particularly on the Los Angeles Sunset Strip music scene, pioneered by bands such as Mötley Crüe, Ratt, Quiet Riot, Twisted Sister, Stryper, Def Leppard, Bon Jovi, and Dokken. It was also popular throughout the mid-late 1980s and early 1990s bringing to prominence bands including Poison, Skid Row, Cinderella, and Warrant. Glam metal is associated with flashy clothing, makeup and notable for an overall androgynous aesthetic. Poison, for example, have long shaggy or backcombed hair, accessories, metal studs, leather, and make-up during their live performances. Glam metal lost mainstream interest in the early 1990s as the perceived excesses of glam metal created a backlash against the genre. A factor in the decline of glam metal was the rise of grunge in the early 1990s, which had a stripped-down aesthetic and a complete rejection of the glam metal visual style. Glam metal has returned since the late 1990s and mid 2000s with reunions of many popular acts from the genre, as well newer bands from the 2000s/2010s including the Darkness, Santa Cruz, Reckless Love and Steel Panther.


This article uses material from the Wikipedia article Glam metal , which is released under the Creative Commons Attribution-Share-Alike License 3.0.