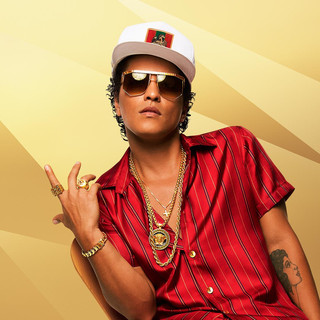 See all ›
Rock Classics
All Out 80s
Songs to Sing in the Shower
All Out 90s
Rock This
Have a Great Day!
90s Rock Anthems
Rock en Español
All Out 70s
Classic Road Trip Songs
Guilty Pleasures
Legendary

Rock music is a broad genre of popular music that originated as "rock and roll" in the United States in the early 1950s, and developed into a range of different styles in the 1960s and later, particularly in the United Kingdom and in the United States. It has its roots in 1940s and 1950s rock and roll, a style which drew heavily on the genres of blues, rhythm and blues, and from country music. Rock music also drew strongly on a number of other genres such as electric blues and folk, and incorporated influences from jazz, classical and other musical styles. Musically, rock has centered on the electric guitar, usually as part of a rock group with electric bass, drums, and one or more singers. Usually, rock is song-based music usually with a 4/4 time signature using a verse–chorus form, but the genre has become extremely diverse. Like pop music, lyrics often stress romantic love but also address a wide variety of other themes that are frequently social or political. By the late 1960s "classic rock" period, a number of distinct rock music subgenres had emerged, including hybrids like blues rock, folk rock, country rock, southern rock, raga rock, and jazz-rock, many of which contributed to the development of psychedelic rock, which was influenced by the countercultural psychedelic and hippie scene. New genres that emerged included progressive rock, which extended the artistic elements; glam rock, which highlighted showmanship and visual style; and the diverse and enduring subgenre of heavy metal, which emphasized volume, power, and speed. In the second half of the 1970s, punk rock reacted by producing stripped-down, energetic social and political critiques. Punk was an influence in the 1980s on new wave, post-punk and eventually alternative rock. From the 1990s alternative rock began to dominate rock music and break into the mainstream in the form of grunge, Britpop, and indie rock. Further fusion subgenres have since emerged, including pop punk, electronic rock, rap rock, and rap metal, as well as conscious attempts to revisit rock's history, including the garage rock/post-punk and techno-pop revivals at the beginning of the 2000s. Rock music has also embodied and served as the vehicle for cultural and social movements, leading to major subcultures including mods and rockers in the UK and the hippie counterculture that spread out from San Francisco in the US in the 1960s. Similarly, 1970s punk culture spawned the goth, punk, and emo subcultures. Inheriting the folk tradition of the protest song, rock music has been associated with political activism as well as changes in social attitudes to race, sex and drug use, and is often seen as an expression of youth revolt against adult consumerism and conformity.


This article uses material from the Wikipedia article Rock music , which is released under the Creative Commons Attribution-Share-Alike License 3.0.