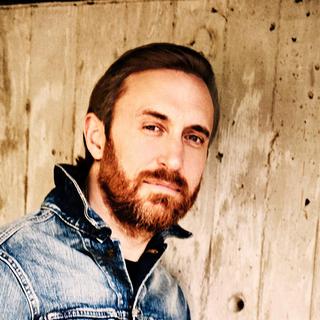 House music is a genre of electronic dance music created by club DJs and music producers in Chicago in the early 1980s. Early house music was generally characterized by repetitive 4/4 beats, rhythms provided by drum machines, off-beat hi-hat cymbals, and synthesized basslines. While house displayed several characteristics similar to disco music, which preceded and influenced it, as both were DJ and record producer-created dance music, house was more electronic and minimalistic. The mechanical, repetitive rhythm of house was one of its main components. Many house compositions were instrumental, with no vocals; some had singing throughout the song with lyrics; and some had singing but no actual words. House music developed in Chicago's underground dance club culture in the early 1980s, as DJs from the subculture began altering the pop-like disco dance tracks to give them a more mechanical beat and deeper basslines. As well, these DJs began to mix synth pop, rap, Latin, and even jazz into their tracks. Latin music, particularly salsa clave rhythm, became a dominating riff of house music. It was pioneered by Chicago DJs such as Chip E., and Steve Hurley. It was influenced by Chicago DJ and record producer Frankie Knuckles, the Chicago acid-house electronic music group Phuture, and the Tennessee DJ/producer Mr. Fingers. The genre was originally associated with the Black American LGBT subculture but has since spread to the mainstream. From its beginnings in the Chicago club and local radio scene, the genre spread internationally to London, then to American cities such as New York City and Detroit, and eventually globally.Chicago house music acts from the early to mid-1980s found success on the US dance charts on various Chicago independent record labels that were more open to sign local house music artists. These same acts also experienced some success in the United Kingdom, garnering hits in that country. Due to this success, by the late 1980s, Chicago house music acts suddenly found themselves being offered major label deals. House music proved to be a commercially successful genre and a more mainstream pop-based variation grew increasingly popular. Since the early to mid-1990s, house music has been infused into mainstream pop and dance music worldwide. In the 2010s, the genre, while keeping several of its core elements, notably the prominent kick drum on most beats, varies widely in style and influence, ranging from soulful and atmospheric to the more minimalistic microhouse. House music has also fused with several other genres creating fusion subgenres, such as euro house, tech house, electro house and jump house. One subgenre, acid house, was based around the squelchy, deep electronic tones created by Roland's TB-303 bass synthesizer. Major acts such as Madonna, Janet Jackson, Paula Abdul, Martha Wash, CeCe Peniston, Bananarama, Robin S., Steps, Kylie Minogue, Björk, and C+C Music Factory were influenced by House music in the 1990s and beyond. After enjoying significant success which started in the late 1980s, house music grew even larger during the second wave of progressive house (1999–2001). The genre has remained popular and fused into other popular subgenres, notably ghetto house, deep house, future house and tech house. As of today, house music remains popular on radio and in clubs while retaining a foothold on the underground scenes across the globe.


This article uses material from the Wikipedia article House music , which is released under the Creative Commons Attribution-Share-Alike License 3.0.