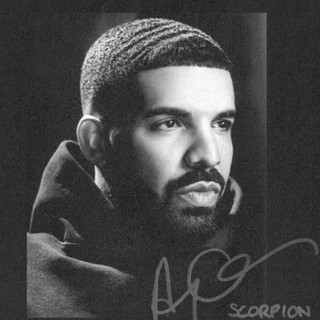 Hip hop or hip-hop, is a culture and art movement that was created by African Americans, Latino Americans and Caribbean Americans in the Bronx, New York City. The origin of the word is often disputed. It is also argued as to whether hip hop started in the South or West Bronx. While the term hip hop is often used to refer exclusively to hip hop music (also called rap), hip hop is characterized by nine elements, of which only four elements are considered essential to understand hip hop musically. The main elements of hip hop consist of four main pillars. Afrika Bambaataa of the hip hop collective Zulu Nation outlined the pillars of hip hop culture, coining the terms: "rapping" (also called an MC), a rhythmic vocal rhyming style (orality); DJing (and turntablism), which is making music with record players and DJ mixers (aural/sound and music creation); b-boying/b-girling/breakdancing (movement/dance); and graffiti. Other elements of hip hop subculture and arts movements beyond the main four are: hip hop culture and historical knowledge of the movement (intellectual/philosophical); beatboxing, a percussive vocal style; street entrepreneurship; hip hop language; and hip hop fashion and style, among others. The fifth element, although debated, is commonly considered either street knowledge, hip hop fashion, or beatboxing.The Bronx hip hop scene emerged in the mid-1970s from neighborhood block parties thrown by the Black Spades, an African-American group that has been described as being a gang, a club, and a music group. Brother-sister duo Clive Campbell, a.k.a. DJ Kool Herc, and Cindy Campbell additionally hosted DJ parties in the Bronx and are credited for the rise in the genre. Hip hop culture has spread to both urban and suburban communities throughout the United States and subsequently the world. These elements were adapted and developed considerably, particularly as the art forms spread to new continents and merged with local styles in the 1990s and subsequent decades. Even as the movement continues to expand globally and explore myriad styles and art forms, including hip hop theater and hip hop film, the four foundational elements provide coherence and a strong foundation for Hip Hop culture. Hip hop is simultaneously a new and old phenomenon; the importance of sampling tracks, beats, and basslines from old records to the art form means that much of the culture has revolved around the idea of updating classic recordings, attitudes, and experiences for modern audiences. Sampling older culture and reusing it in a new context or a new format is called "flipping" in hip hop culture. Hip hop music follows in the footsteps of earlier African-American-rooted and Latino musical genres such as blues, jazz, rag-time, funk, salsa, and disco to become one of the most practiced genres worldwide. In 1990, Ronald "Bee-Stinger" Savage, a former member of the Zulu Nation, is credited for coining the term "Six elements of the Hip Hop Movement" by being inspired by Public Enemy's recordings. The "Six Elements Of The Hip Hop Movement" are: Consciousness Awareness, Civil Rights Awareness, Activism Awareness, Justice, Political Awareness, and Community Awareness in music. Ronald Savage is known as the Son of The Hip Hop Movement.In the 2000s, with the rise of new media platforms and Web 2.0, fans discovered and downloaded or streamed hip hop music through social networking sites beginning with Myspace, as well as from websites like YouTube, Worldstarhiphop, SoundCloud, and Spotify.


This article uses material from the Wikipedia article Hip hop , which is released under the Creative Commons Attribution-Share-Alike License 3.0.