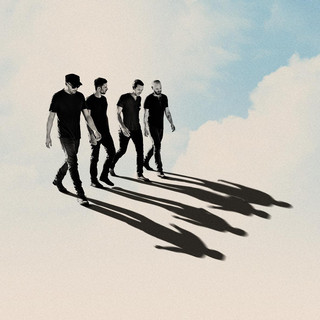 A metal (from Greek μέταλλον métallon, "mine, quarry, metal") is a material that, when freshly prepared, polished, or fractured, shows a lustrous appearance, and conducts electricity and heat relatively well. Metals are typically malleable (they can be hammered into thin sheets) or ductile (can be drawn into wires). A metal may be a chemical element such as iron, or an alloy such as stainless steel. In physics, a metal is generally regarded as any substance capable of conducting electricity at a temperature of absolute zero. Many elements and compounds that are not normally classified as metals become metallic under high pressures. For example, the nonmetal iodine gradually becomes a metal at a pressure of between 40 and 170 thousand times atmospheric pressure. Equally, some materials regarded as metals can become nonmetals. Sodium, for example, becomes a nonmetal at pressure of just under two million times atmospheric pressure. In chemistry, two elements that would otherwise qualify (in physics) as brittle metals—arsenic and antimony—are commonly instead recognised as metalloids, on account of their predominately non-metallic chemistry. Around 95 of the 118 elements in the periodic table are metals (or are likely to be such). The number is inexact as the boundaries between metals, nonmetals, and metalloids fluctuate slightly due to a lack of universally accepted definitions of the categories involved. In astrophysics the term "metal" is cast more widely to refer to all chemical elements in a star that are heavier than the lightest two, hydrogen and helium, and not just traditional metals. A star fuses lighter atoms, mostly hydrogen and helium, into heavier atoms over its lifetime. Used in that sense, the metallicity of an astronomical object is the proportion of its matter made up of the heavier chemical elements.Metals comprise 25% of the Earth's crust and are present in many aspects of modern life. The strength and resilience of some metals has led to their frequent use in, for example, high-rise building and bridge construction, as well as most vehicles, many home appliances, tools, pipes, and railroad tracks. Precious metals were historically used as coinage, but in the modern era, coinage metals have extended to at least 23 of the chemical elements.The history of metals is thought to begin with the use of copper about 11,000 years ago. Gold, silver, iron (as meteoric iron), lead, and brass were likewise in use before the first known appearance of bronze in the 5th millennium BCE. Subsequent developments include the production of early forms of steel; the discovery of sodium—the first light metal—in 1809; the rise of modern alloy steels; and, since the end of World War II, the development of more sophisticated alloys.


This article uses material from the Wikipedia article Metal , which is released under the Creative Commons Attribution-Share-Alike License 3.0.