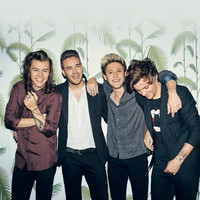 Teen pop is a subgenre of pop music that is created, marketed and oriented towards preteens and teenagers. Teen pop incorporates diverse genres such as pop, R&B, dance, electronic, hip hop, country and rock. Typical characteristics of teen pop music include autotuned vocals, choreographed dancing, emphasis on visual appeal (photogenic faces, unique body physiques, immaculately styled hair and designer clothes), lyrics focused on teenage issues such as love/relationships, finding oneself, friendships, teenage angst, teen rebellion, coming of age, fitting in and growing up (regardless of the artists' age) and repeated chorus lines. According to AllMusic, teen pop "is essentially dance-pop, pop, and urban ballads" that are marketed to teens, and was conceived in its contemporary form during the late 1980s and 1990s, pointing out the late 1990s as "arguably the style's golden era." About.com's Bill Lamb described teen pop sound as "a simple, straightforward, ultra-catchy melody line [...] The songs may incorporate elements of other pop music genres, but usually they will never be mistaken for anything but mainstream pop. The music is designed for maximum focus on the performer and a direct appeal to listeners."


This article uses material from the Wikipedia article Teen pop , which is released under the Creative Commons Attribution-Share-Alike License 3.0.