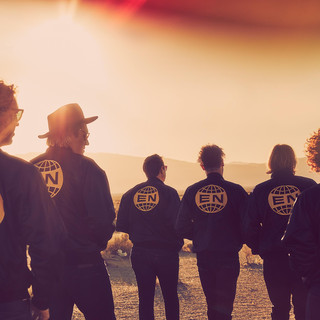 A rave (from the verb: to rave) is an organized dance party at a nightclub, outdoor festival, warehouse, or other private property typically featuring performances by DJs, playing a seamless flow of electronic dance music. DJs at rave events play electronic dance music on vinyl, CDs and digital audio from a wide range of genres, including techno, hardcore, house, drum & bass, , bassline, dubstep, and post-industrial. Occasionally live performers have been known to perform, in addition to other types of performance artists such as go-go dancers and fire dancers. The music is amplified with a large, powerful sound reinforcement system, typically with large subwoofers to produce a deep bass sound. The music is often accompanied by laser light shows, projected coloured images, visual effects and fog machines. While some raves may be small parties held at nightclubs or private homes, some raves have grown to immense size, such as the large festivals and events featuring multiple DJs and dance areas (e.g., the Castlemorton Common Festival in 1992). Some electronic dance music festivals have features of raves, but on a larger, often commercial scale. Raves may last for a long time, with some events continuing for twenty-four hours, and lasting all through the night. Law enforcement raids and anti-rave laws have presented a challenge to the rave scene in many countries. This is due to the association of illegal drugs such as MDMA (often referred to as a "club drug" or "party drug" along with MDA), LSD, GHB, ketamine, methamphetamine, cocaine, and cannabis. In addition to drugs, raves often make use of non-authorized, secret venues, such as squat parties at unoccupied homes, unused warehouses, or aircraft hangars. These concerns are often attributed to a type of moral panic surrounding rave culture.


This article uses material from the Wikipedia article Rave , which is released under the Creative Commons Attribution-Share-Alike License 3.0.