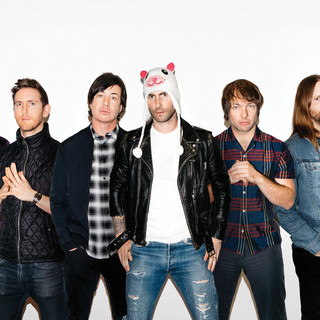 Punk rock (or "punk") is a rock music genre that emerged in the mid-1970s in the United States, United Kingdom, and Australia. Rooted in 1960s garage rock and other forms of what is now known as "proto-punk" music, punk rock bands rejected perceived excesses of mainstream 1970s rock. They typically produced short, fast-paced songs with hard-edged melodies and singing styles, stripped-down instrumentation, and often political, anti-establishment lyrics. Punk embraces a DIY ethic; many bands self-produce recordings and distribute them through independent record labels and other informal channels. The term "punk rock" was first used by certain American rock critics in the early 1970s to describe 1960s garage bands and subsequent acts understood to be their stylistic inheritors. Between 1974 and 1976, the movement now called punk rock emerged. By late 1976, acts such as Television, Patti Smith, and the Ramones in New York City, the Sex Pistols, the Clash, and the Damned in London, and the Saints in Brisbane were generally recognized as forming its vanguard. As 1977 approached, punk became a major and highly controversial cultural phenomenon in the UK. It spawned a punk subculture expressing youthful rebellion through distinctive styles of clothing and adornment (such as deliberately offensive T-shirts, leather jackets, studded or spiked bands and jewelry, as well as bondage and S&M clothes) and a variety of anti-authoritarian ideologies. In 1977, the influence of the music and subculture became more pervasive, spreading worldwide. It took root in a wide range of local scenes that often rejected affiliation with the mainstream. In the late 1970s, punk experienced a second wave as new acts that were not active during its formative years adopted the style. By the early 1980s, faster and more aggressive subgenres such as hardcore punk (e.g. Minor Threat), street punk (e.g. the Exploited), and anarcho-punk (e.g. Crass) became the predominant modes of punk rock. Musicians identifying with or inspired by punk also pursued other musical directions, giving rise to spinoffs such as post-punk, new wave, and later indie pop, alternative rock, and noise rock. By the 1990s, punk re-emerged in the mainstream with the success of punk rock and pop punk bands such as Green Day, Rancid, The Offspring, and Blink-182.


This article uses material from the Wikipedia article Punk rock , which is released under the Creative Commons Attribution-Share-Alike License 3.0.