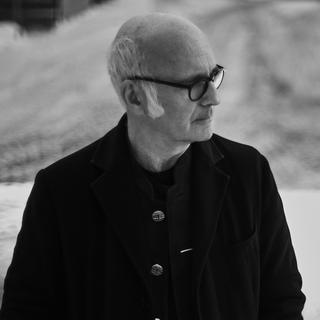 Minimal music is a form of art music that employs limited or minimal musical materials. In the Western art music tradition, the American composers La Monte Young, Terry Riley, Steve Reich, and Philip Glass are credited with being among the first to develop compositional techniques that exploit a minimal approach. It originated in the New York Downtown scene of the 1960s and was initially viewed as a form of experimental music called the New York Hypnotic School. As an aesthetic, it is marked by a non-narrative, non-teleological, and non-representational conception of a work in progress, and represents a new approach to the activity of listening to music by focusing on the internal processes of the music, which lack goals or motion toward those goals. Prominent features of the technique include consonant harmony, hypnotic rhythmic pulses or steady drones, stasis or gradual transformation, and often reiteration of musical phrases or smaller units such as figures, motifs, and cells. It may include features such as additive process and phase shifting. Phase shifting leads to what has been termed phase music. Minimal compositions that rely heavily on process techniques that follow strict rules are usually described as process music. The movement originally involved dozens of composers, although only five (Young, Riley, Reich, Glass, and later John Adams) emerged to become publicly associated with American minimal music. In Europe, the music of Louis Andriessen, Karel Goeyvaerts, Michael Nyman, Howard Skempton, Gavin Bryars, Steve Martland, Henryk Górecki, Arvo Pärt and John Tavener exhibits minimalist traits. It is unclear where the term minimal music originates. Steve Reich has suggested that it is attributable to Michael Nyman, an assertion that two scholars, Jonathan Bernard and Dan Warburton, have also made in writing. Philip Glass believes Tom Johnson coined the phrase.


This article uses material from the Wikipedia article Minimal music , which is released under the Creative Commons Attribution-Share-Alike License 3.0.