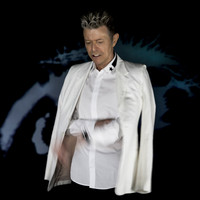 Ambient music is a genre of music that emphasizes tone and atmosphere over traditional musical structure or rhythm. A form of slow instrumental music, it uses repetitive, but gentle, soothing sound patterns that can be described as sonic wallpaper to complement or alter one’s space and to generate a sense of calmness. The genre is said to evoke an "atmospheric", "visual", or "unobtrusive" quality.Ambient music focuses on creating a mood or atmosphere through synthesizers and timbral qualities, often lacking the presence of any net composition, beat, or structured melody. It uses textural layers of sound without prevalent musical tropes, rewarding both passive and active listening. Nature soundscapes are usually included, and the sounds of acoustic instruments such as the piano, strings and flute, among others, may be emulated through a synthesizer. According to Brian Eno, one of its pioneers, "Ambient music must be able to accommodate many levels of listening attention without enforcing one in particular; it must be as ignorable as it is interesting."The genre originated in the United Kingdom in the 1960s and 1970s, when new musical instruments were being introduced to a wider market, such as the synthesizer. Eno named and popularized ambient music in 1978 with his album Ambient 1: Music for Airports. It saw a revival towards the late 1980s with the prominence of house and techno music, growing a cult following by the 1990s. Ambient music may have elements of new-age music and drone music, as some works may use sustained or repeated notes.Ambient music did not achieve large commercial success, being criticized as having a "boring" and "over-intellectual" sound. Nevertheless, it has attained a certain degree of acclaim throughout the years, especially in the Internet age. Due to its relatively open style, ambient music often takes influences from many other genres, ranging from classical, avant-garde music, folk, jazz, and world music, amongst others.


This article uses material from the Wikipedia article Ambient music , which is released under the Creative Commons Attribution-Share-Alike License 3.0.