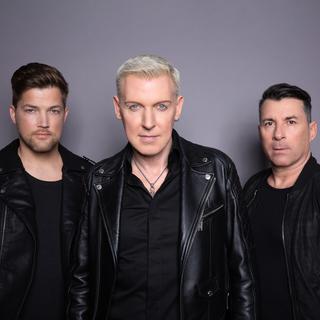 Happy hardcore, also known as happy rave or happycore, is a genre of hard dance typified by a very fast tempo (usually around 160–190 BPM), often coupled with solo vocals or sentimental lyrics. Its characteristically 4/4 beat "happy" sound distinguishes it from most other forms of hardcore, which tend to be "darker". It is typically in a major key. In its original incarnation, it was often characterized by piano riffs, synthetic stabs and spacey effects. This genre of music is closely related to the typically Dutch genre of gabber and the typically Spanish genre of makina. Happy hardcore evolved from breakbeat hardcore around 1991–1993, as the original house music-based rave became faster and began to include breakbeats, evolving into oldschool jungle which evolved into drum and bass. Some of the most famous artists of this genre include Brisk and Ham, Scott Brown, Force and Styles, Sy and Unknown, Hixxy, DJ Paul Elstak, Anabolic Frolic, Dune, Scooter, Critical Mass, Stu Allan (a.k.a. VISA), Vibes, Dougal, Slipmatt, DJ Sharkey, DJ Seduction.


This article uses material from the Wikipedia article Happy hardcore , which is released under the Creative Commons Attribution-Share-Alike License 3.0.