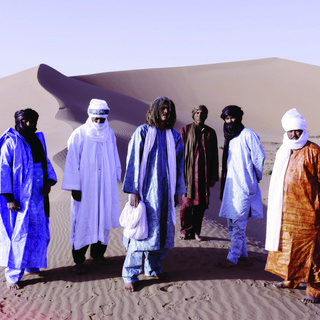 Gnawa music (Ar. غْناوة or كْناوة) is a rich Moroccan repertoire of ancient African Islamic spiritual religious songs and rhythms. Its well-preserved heritage combines ritual poetry with traditional music and dancing. The music is performed at lila, entire communal nights of celebration dedicated to prayer and healing guided by the Gnawa maalem, or master musician, and their group of musicians and dancers. Though many of the influences that formed this music can be traced to sub-Saharan West-Africa, its traditional practice is concentrated in Morocco . Nowadays, Gnawa music has spread through many other countries in Africa and Europe, such as France.The word "Gnawa", plural of "Gnawi", is taken to be derived from the Hausa-Fulani demonym "Kanawa" for the residents of Kano, the capital of the Hausa-Fulani Emirate, which was under Morocco influence-Link of allegiance for centuries, religiously, economically, and in matters of defense. (Opinion of Essaouira Gnawa Maalems, Maalem Sadiq, Abdallah Guinia, and many others). The Moroccan language often replaces "K" with "G", which is how the Kanawa, or Hausa people, were called Gnawa in Morocco The history of the Gnawi is closely related to the famous Moroccan royal "Black Guard", which became today the Royal Guard of Morocco. A short browsing of the Moroccan and Hausa contexts will suffice to show the connections between both cultures, religiously -as both are Malikite Moslems, with many Moroccan spiritual schools active in Hausaland- and artistically, with Gnawa music being the prime example of Hausa-sounding and typical Hausa articulation of music within Morocco its local language, and traditions. Gnawa music is one of the major musical currents in Morocco. Moroccans overwhelmingly love Gnawa music and Gnawas 'Maalems' are highly respected, and enjoy an aura of musical stardom.


This article uses material from the Wikipedia article Gnawa music , which is released under the Creative Commons Attribution-Share-Alike License 3.0.