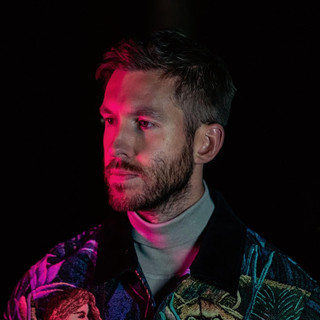 Disco is a genre of dance music and a subculture that emerged in the 1970s from the United States' urban nightlife scene. The disco sound is typified by "four-on-the-floor" beats, syncopated basslines, and string sections, horns, electric piano, synthesizers, and electric rhythm guitars. Lead guitar features less frequently in disco than in rock. Well-known disco artists include Donna Summer, Gloria Gaynor, the Bee Gees, Chic, KC and the Sunshine Band, Thelma Houston and the Village People. While performers and singers garnered public attention, record producers working behind the scenes played an important role in developing the genre. Films such as Saturday Night Fever (1977) and Thank God It's Friday (1978) contributed to disco's mainstream popularity. Disco started as a mixture of music from venues popular with African Americans, Hispanic and Latino Americans, Italian Americans, LGBT people (especially African-American and Latino American gay men), and psychedelic hippies in Philadelphia and New York City during the late 1960s and early 1970s. Disco can be seen as a reaction by the counterculture during this period to both the dominance of rock music and the stigmatization of dance music at the time. Several dance styles were developed during the period of disco's popularity in the United States, including the Bump and the Hustle. By the late 1970s, most major U.S. cities had thriving disco club scenes, and DJs would mix dance records at clubs such as Studio 54 in New York City, a venue popular among celebrities. Discothèque-goers often wore expensive, extravagant and sexy fashions. There was also a thriving drug subculture in the disco scene, particularly for drugs that would enhance the experience of dancing to the loud music and the flashing lights, such as cocaine and Quaaludes, the latter being so common in disco subculture that they were nicknamed "disco biscuits". Disco clubs were also associated with promiscuity as a reflection of the sexual revolution of this era in popular history. Disco was the last popular music movement driven by the baby boom generation. It began to decline in the United States during 1979-80, and by 1982 it had lost nearly all popularity there. Disco Demolition Night, an anti-disco protest held in Chicago on July 12, 1979, remains the most well-known of several "backlash" incidents across the country that symbolized disco's declining fortune. Disco was a key influence in the development of electronic dance music and house music. It has had several revivals, such as Madonna's highly successful 2005 album Confessions on a Dance Floor, and again in the 2010s, entering the pop charts in the US and the UK.


This article uses material from the Wikipedia article Disco , which is released under the Creative Commons Attribution-Share-Alike License 3.0.