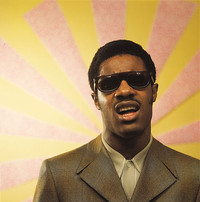 Motown Records is an American record label owned by Universal Music Group. It was originally founded by Berry Gordy Jr. as Tamla Records on January 12, 1959, and was incorporated as Motown Record Corporation on April 14, 1960. Its name, a portmanteau of motor and town, has become a nickname for Detroit, where the label was originally headquartered. Motown played an important role in the racial integration of popular music as an African American–owned label that achieved significant crossover success. In the 1960s, Motown and its subsidiary labels (including Tamla Motown, the brand used outside the US) were the most successful proponents of what came to be known as the Motown Sound, a style of soul music with a distinct pop influence. Motown was the most successful record label of soul music, with a net worth totaling $61 million. During the 1960s, Motown achieved spectacular success for a small label: 79 records in the top-ten of the Billboard Hot 100 between 1960 and 1969. Following the events of the Detroit Riots of 1967 and the loss of key songwriting/production team Holland-Dozier-Holland the same year over pay disputes, Gordy began relocating Motown to Los Angeles, California. The move was completed in 1972, and Motown later expanded into film and television production, remaining an independent company until 1994, when it was sold to PolyGram before being sold again to MCA Records' successor Universal Music Group when it acquired PolyGram in 1999.Motown spent much of the 2000s headquartered in New York City as a part of the UMG subsidiaries Universal Motown and Universal Motown Republic Group. From 2011 to 2014, it was a part of The Island Def Jam Music Group division of Universal Music. In 2014, however, UMG announced the dissolution of Island Def Jam, and Motown relocated back to Los Angeles to operate under the Capitol Music Group, now operating out of the landmark Capitol Tower. In 2018, Motown was inducted into Rhythm & Blues Hall of Fame class at the Charles H. Wright Museum, and Motown legend Martha Reeves received the award for the label.


This article uses material from the Wikipedia article Motown , which is released under the Creative Commons Attribution-Share-Alike License 3.0.