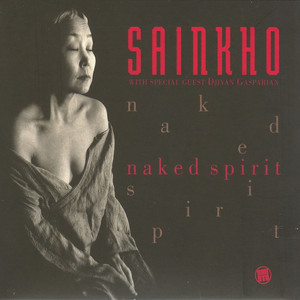 Tuvan throat singing, Khoomei, Hooliin Chor (in Mongolian, ‘throat harmony’), or Mongolian throat singing is one particular variant of overtone singing practiced by people in Mongolia, Inner Mongolia, Tuva and Siberia. In 2009, it was inscribed on the Representative List of the Intangible Cultural Heritage of Humanity of UNESCO, under the name Mongolian art of singing, Khoomei.In Mongolian throat singing, the performer produces a fundamental pitch and—simultaneously—one or more pitches over that. The history of Mongolian throat singing reaches far back. Many male herders can throat sing, but women are beginning to practice the technique as well. The popularity of throat singing among Mongolians seems to have arisen as a result of geographic location and culture. The open landscape of Mongolia allows for the sounds to carry a great distance. Ethnomusicologists studying throat singing in these areas mark khoomei as an integral part in the ancient pastoral animism that is still practiced today. Often, singers travel far into the countryside looking for the right river, or go up to the steppes of the mountainside to create the proper environment for throat-singing.The animistic world view of this region identifies the spirituality of objects in nature, not just in their shape or location, but in their sound as well. Thus, human mimicry of nature's sounds is seen as the root of throat singing. An example of this is the Mongolian story of the waterfall above the Buyant Göl (Deer River in Tuvan), where mysterious harmonic sounds are said to have attracted deer to bask in the waters, and where it is said harmonic sounds were first revealed to people. Indeed, the cultures in this part of Asia have developed many instruments and techniques to mimic the sounds of animals, wind, and water. While the cultures of this region share throat singing, their styles vary in breadth of development. Ordinarily, melodies are created by isolating the 6th, 7th, 8th, 9th, 10th and 12th partial in accordance with the harmonic series. Thus, if the fundamental frequency were C3, the overtones would be G5, B♭5, C6, D6, E6, G6. However, it is possible to reach as low as the 2nd and as high as the 24th. The fundamental pitch is typically around a G below middle C, and this affects the range of partials the singer can reach, with higher partials more easily reached on lower notes, and vice versa. The people of Tuva have a wide range of throat singing vocalizations, and were the pioneers of six pitch harmonics. There are several different classification schemes for Tuvan throat singing. In one, the three basic styles are khoomei, kargyraa and sygyt, while the sub-styles include borbangnadyr, chylandyk, dumchuktaar, ezengileer and kanzyp. In another, there are five basic styles: khoomei, sygyt, kargyraa, borbangnadyr and ezengileer. The substyles include chylandyk, despeng borbang, opei khoomei, buga khoomei, kanzyp, khovu kargyraazy, kozhagar kargyraazy, dag kargyraazy, Oidupaa kargyraazy, uyangylaar, damyraktaar, kishteer, serlennedyr and byrlannadyr. These schemes all use Tuvan terminology.


This article uses material from the Wikipedia article Tuvan throat singing , which is released under the Creative Commons Attribution-Share-Alike License 3.0.