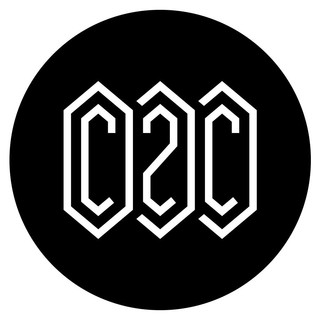 Turntablism is the art of manipulating sounds and creating new music, sound effects, mixes and other creative sounds and beats, typically by using two or more turntables and a cross fader-equipped DJ mixer. The mixer is plugged into a PA system for live events and/or broadcasting equipment (if the DJ is performing on radio, TV or Internet radio) so that a wider audience can hear the turntablist's music. Turntablists manipulate records on a turntable by moving the record with their hand to cue the stylus to exact points on a record, and by touching or moving the platter or record to stop, slow down, speed up or, spin the record backwards, or moving the turntable platter back and forth (the popular rhythmic "scratching" effect which is a key part of hip hop music), all while using a DJ mixer's crossfader control and the mixer's gain and equalization controls to adjust the sound and level of each turntable. Turntablists typically use two or more turntables and headphones to cue up desired start points on different records. Turntablists, who are often called DJs (or "deejays"), generally prefer direct-drive turntables over belt-driven or other types, because the belt can be stretched or damaged by "scratching" and other turntable manipulation such as slowing down a record, whereas a direct drive turntable can be stopped, slowed down, or spun backwards without damaging the electric motor. The word turntablist was originated by Luis "DJ Disk" Quintanilla (Primus, Herbie Hancock, Invisibl Skratch Piklz). After a phone conversation with Disk, it was later popularised in 1995 by DJ Babu to describe the difference between a DJ who simply plays and mixes records and one who performs by physically manipulating the records, stylus, turntables, turntable speed controls and mixer to produce new sounds. The new term coincided with the resurgence of hip-hop DJing in the 1990s. John Oswald described the art: "A phonograph in the hands of a 'hiphop/scratch' artist who plays a record like an electronic washboard with a phonographic needle as a plectrum, produces sounds which are unique and not reproduced—the record player becomes a musical instrument." Some turntablists use turntable techniques like beat mixing/matching, scratching, and beat juggling. Some turntablists seek to have themselves recognized as traditional musicians capable of interacting and improvising with other performers. Depending on the records and tracks selected by the DJ and his/her turntablist style (e.g., hip hop music), a turntablist can create rhythmic accompaniment, percussion breaks, basslines or beat loops, atmospheric "pads", "stabs" of sudden chords or interwoven melodic lines.


This article uses material from the Wikipedia article Turntablism , which is released under the Creative Commons Attribution-Share-Alike License 3.0.