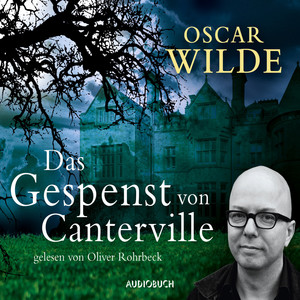 Tragedy (from the Greek: τραγῳδία, tragōidia) is a form of drama based on human suffering that invokes an accompanying catharsis or pleasure in audiences. While many cultures have developed forms that provoke this paradoxical response, the term tragedy often refers to a specific tradition of drama that has played a unique and important role historically in the self-definition of Western civilisation. That tradition has been multiple and discontinuous, yet the term has often been used to invoke a powerful effect of cultural identity and historical continuity—"the Greeks and the Elizabethans, in one cultural form; Hellenes and Christians, in a common activity," as Raymond Williams puts it.From its origins in the theatre of ancient Greece 2500 years ago, from which there survives only a fraction of the work of Aeschylus, Sophocles and Euripides, as well as a large number of fragments from other poets; through its singular articulations in the works of Shakespeare, Lope de Vega, Jean Racine, and Friedrich Schiller to the more recent naturalistic tragedy of Henrik Ibsen and August Strindberg; Samuel Beckett's modernist meditations on death, loss and suffering; Müller's postmodernist reworkings of the tragic canon, tragedy has remained an important site of cultural experimentation, negotiation, struggle, and change. A long line of philosophers—which includes Plato, Aristotle, Saint Augustine, Voltaire, Hume, Diderot, Hegel, Schopenhauer, Kierkegaard, Nietzsche, Freud, Benjamin, Camus, Lacan, and Deleuze—have analysed, speculated upon, and criticised the genre.In the wake of Aristotle's Poetics (335 BCE), tragedy has been used to make genre distinctions, whether at the scale of poetry in general (where the tragic divides against epic and lyric) or at the scale of the drama (where tragedy is opposed to comedy). In the modern era, tragedy has also been defined against drama, melodrama, the tragicomic, and epic theatre. Drama, in the narrow sense, cuts across the traditional division between comedy and tragedy in an anti- or a-generic deterritorialisation from the mid-19th century onwards. Both Bertolt Brecht and Augusto Boal define their epic theatre projects (non-Aristotelian drama and Theatre of the Oppressed, respectively) against models of tragedy. Taxidou, however, reads epic theatre as an incorporation of tragic functions and its treatments of mourning and speculation.


This article uses material from the Wikipedia article Tragedy , which is released under the Creative Commons Attribution-Share-Alike License 3.0.