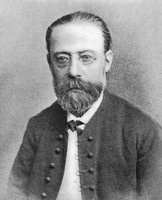 A symphonic poem or tone poem is a piece of orchestral music, usually in a single continuous movement, which illustrates or evokes the content of a poem, short story, novel, painting, landscape, or other (non-musical) source. The German term Tondichtung (tone poem) appears to have been first used by the composer Carl Loewe in 1828. The Hungarian composer Franz Liszt first applied the term Symphonische Dichtung to his 13 works in this vein. While many symphonic poems may compare in size and scale to symphonic movements (or even reach the length of an entire symphony), they are unlike traditional classical symphonic movements, in that their music is intended to inspire listeners to imagine or consider scenes, images, specific ideas or moods, and not (necessarily) to focus on following traditional patterns of musical form such as sonata form. This intention to inspire listeners was a direct consequence of Romanticism, which encouraged literary, pictorial and dramatic associations in music. According to Hugh Macdonald, the symphonic poem met three 19th-century aesthetic goals: it related music to outside sources; it often combined or compressed multiple movements into a single principal section; and it elevated instrumental program music to an aesthetic level that could be regarded as equivalent to, or higher than opera. The symphonic poem remained a popular composition form from the 1840s until the 1920s, when composers began to abandon the genre. Some piano and chamber works, such as Arnold Schoenberg's string sextet Verklärte Nacht, have similarities with symphonic poems in their overall intent and effect. However, the term symphonic poem is generally accepted to refer to orchestral works. A symphonic poem may stand on its own (as do those of Richard Strauss), or it can be part of a series combined into a symphonic suite or cycle. For example, The Swan of Tuonela (1895) is a tone poem from Jean Sibelius's Lemminkäinen Suite, and Vltava (The Moldau) by Bedřich Smetana is part of the six-work cycle Má vlast. While the terms symphonic poem and tone poem have often been used interchangeably, some composers such as Richard Strauss and Jean Sibelius have preferred the latter term for their works.


This article uses material from the Wikipedia article Symphonic poem , which is released under the Creative Commons Attribution-Share-Alike License 3.0.