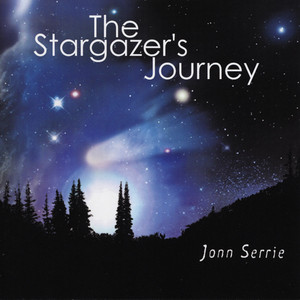 Space music, also called spacemusic, is a subgenre of new-age music and is described as "tranquil, hypnotic and moving". It is derived from ambient music and is associated with lounge music, easy listening, and elevator music.According to Stephen Hill, co-founder of a radio show called Hearts of Space, the term is used to describe music that evokes a feeling of contemplative spaciousness. Hill states that space music can range in character, the sonic texture of the music can be simple or complex, it can be instrumental or electronic, it may lack conventional melodic, harmonic, or rhythmic features, and may be less concerned with the formal compositional schemes associated with other styles of music. Hill proposes that space music can be found within a wide range of genres. Space music may have influences from western classical, world, Celtic, traditional and experimental music.Hill believes that space music can evoke a "continuum of spatial imagery and emotion", which can be beneficial for introspection, and for developing, through a practice of deep listening, an awareness of the spatiality of sound phenomenon. This type of psychonautic listening can produce a subtle trance-like state in certain individuals which can in turn lead to sensations of flying, floating, cruising, gliding, or hovering.Hill states that space music is used by some individuals for both background enhancement and foreground listening, often with headphones, to enable states of relaxation, contemplation, inspiration, and generally peaceful expansive moods; it may promote health through relaxation, atmospherics for bodywork therapies, and effectiveness of meditation. Space music appears in many film soundtracks and is commonly played in planetariums.According to Hill space music is an eclectic music produced almost exclusively by independent labels and it occupies a small niche in the marketplace, supported and enjoyed by a relatively small audience of loyal enthusiastic listeners.


This article uses material from the Wikipedia article Space music , which is released under the Creative Commons Attribution-Share-Alike License 3.0.