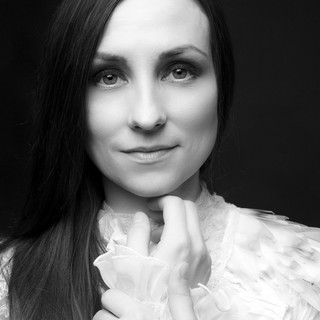 Scottish folk music (also Scottish traditional music) is music that uses forms that are identified as part of the Scottish musical tradition. There is evidence that there was a flourishing culture of popular music in Scotland during the late Middle Ages, but the only song with a melody to survive from this period is the "Pleugh Song". After the Reformation, the secular popular tradition of music continued, despite attempts by the Kirk, particularly in the Lowlands, to suppress dancing and events like penny weddings. The first clear reference to the use of the Highland bagpipes mentions their use at the Battle of Pinkie Cleugh in 1547. The Highlands in the early seventeenth century saw the development of piping families including the MacCrimmons, MacArthurs, MacGregors and the Mackays of Gairloch. There is also evidence of adoption of the fiddle in the Highlands. Well-known musicians included the fiddler Pattie Birnie and the piper Habbie Simpson. This tradition continued into the nineteenth century, with major figures such as the fiddlers Neil and his son Nathaniel Gow. There is evidence of ballads from this period. Some may date back to the late Medieval era and deal with events and people that can be traced back as far as the thirteenth century. They remained an oral tradition until they were collected as folk songs in the eighteenth century. The earliest printed collection of secular music comes from the seventeenth century. Collection began to gain momentum in the early eighteenth century and, as the kirk's opposition to music waned, there were a flood of publications including Allan Ramsay's verse compendium The Tea Table Miscellany (1723) and The Scots Musical Museum (1787 to 1803) by James Johnson and Robert Burns. From the late nineteenth century there was renewed interest in traditional music, which was more academic and political in intent. In Scotland collectors included the Reverend James Duncan and Gavin Greig. Major performers included James Scott Skinner. This revival began to have a major impact on classical music, with the development of what was in effect a national school of orchestral and operatic music in Scotland, with composers such as included Alexander Mackenzie, William Wallace, Learmont Drysdale, Hamish MacCunn and John McEwen. After World War II traditional music in Scotland was marginalised, but remained a living tradition. This was changed by individuals including Alan Lomax, Hamish Henderson and Peter Kennedy, through collecting, publications, recordings and radio programmes. Acts that were popularised included John Strachan, Jimmy MacBeath, Jeannie Robertson and Flora MacNeil. In the 1960s there was a flourishing folk club culture and Ewan MacColl emerged as a leading figure in the revival in Britain. They hosted traditional performers, including Donald Higgins and the Stewarts of Blairgowrie, beside English performers and new Scottish revivalists such as Robin Hall, Jimmie Macgregor, The Corries and the Ian Campbell Folk Group. There was also a strand of popular Scottish music that benefited from the arrival of radio and television, which relied on images of Scottishness derived from tartanry and stereotypes employed in music hall and variety, exemplified by the TV programme The White Heather Club which ran from 1958 to 1967, hosted by Andy Stewart and starring Moira Anderson and Kenneth McKeller. The fusing of various styles of American music with British folk created a distinctive form of fingerstyle guitar playing known as folk baroque, pioneered by figures including Davy Graham and Bert Jansch. Others totally abandoned the traditional element including Donovan and the Incredible String Band, who have been seen as developing psychedelic folk. Acoustic groups who continued to interpret traditional material through into the 1970s included Ossian, Silly Wizard, The Boys of the Lough, Battlefield Band, The Clutha and the Whistlebinkies. Celtic rock developed as a variant of British folk rock by Scottish groups including the JSD Band and Spencer's Feat. Five Hand Reel, who combined Irish and Scottish personnel, emerged as the most successful exponents of the style. From the late 1970s the attendance at, and numbers of, folk clubs began to decrease, as new musical and social trends began to dominate. However, in Scotland the circuit of ceilidhs and festivals helped prop up traditional music. Two of the most successful groups of the 1980s that emerged from this dance band circuit were Runrig and Capercaillie. A by-product of the Celtic Diaspora was the existence of large communities across the world that looked for their cultural roots and identity to their origins in the Celtic nations. From the United States this includes Scottish bands Seven Nations, Prydein and Flatfoot 56. From Canada are bands such as Enter the Haggis, Great Big Sea, The Real Mckenzies and Spirit of the West.


This article uses material from the Wikipedia article Scottish folk music , which is released under the Creative Commons Attribution-Share-Alike License 3.0.