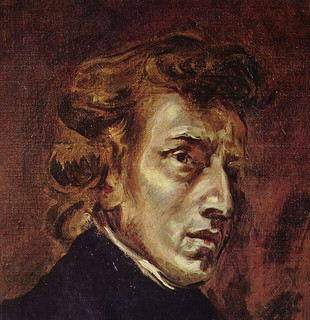 Romantic music is a period of Western classical music that began in the late 18th or early 19th century. It is related to Romanticism, the Western artistic and literary movement that arose in the second half of the 18th century, and Romantic music in particular dominated the Romantic movement in Germany. In the Romantic period, music became more explicitly expressive and programmatic, dealing with the literary, artistic, and philosophical themes of the time. Famous early Romantic composers include Beethoven (whose works span both this period and the preceding Classical period along with Schubert), Schumann, Chopin, Mendelssohn, Bellini, and Berlioz. The late 19th century saw a dramatic expansion in the size of the orchestra and in the dynamic range and diversity of instruments used in this ensemble. Also, public concerts became a key part of urban middle class society, in contrast to earlier periods, when concerts were mainly paid for by and performed for aristocrats. Famous composers from the second half of the century include Bruckner, Johann Strauss II, Brahms, Liszt, Tchaikovsky, Dvořák, Verdi, and Wagner. Between 1890 and 1910, a third wave of composers including Mahler, Richard Strauss, Puccini, and Sibelius built on the work of middle Romantic composers to create even more complex – and often much longer – musical works. A prominent mark of late-19th-century music is its nationalistic fervor, as exemplified by such figures as Dvořák, Sibelius, Elgar and Grieg. Other prominent late-century figures include Saint-Saëns, Fauré, Rachmaninoff and Franck.


This article uses material from the Wikipedia article Romantic music , which is released under the Creative Commons Attribution-Share-Alike License 3.0.