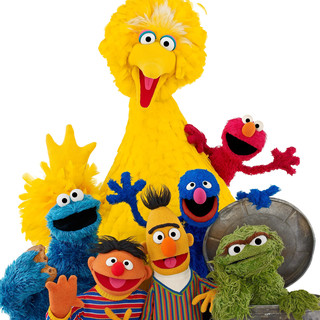 A puppet is an object, often resembling a human, animal or mythical figure, that is animated or manipulated by a person called a puppeteer. The puppeteer uses movements of their hands, arms, or control devices such as rods or strings to move the body, head, limbs, and in some cases the mouth and eyes of the puppet. The puppeteer often speaks in the voice of the character of the puppet, and then synchronizes the movements of the puppet's mouth with this spoken part. The actions, gestures and spoken parts acted out by the puppeteer with the puppet are typically used in storytelling. Puppetry is a very ancient form of theatre which dates back to the 5th century BC in Ancient Greece. There are many different varieties of puppets, and they are made from a wide range of materials, depending on their form and intended use. They range from very simple in construction and operation to very complex. Two simple types of puppets are the finger puppet, which is a tiny puppet that fits onto a single finger, and the sock puppet, which is formed and operated by inserting one's hand inside a sock, with the opening and closing of the hand simulating the movement of the puppet's "mouth." The sock puppet is a type of hand puppet, which is controlled using one hand that occupies the interior of the puppet and moves the puppet around. A "live-hand puppet" is similar to a hand puppet but is larger and requires two puppeteers for each puppet. A Marionette is a much more complicated type of puppet that is suspended and controlled by a number of strings connected to the head, back and limbs, plus sometimes a central rod attached to a control bar held from above by the puppeteer. A rod puppet is constructed around a central rod secured to the head. A shadow puppet is a cut-out figure held between a source of light and a translucent screen. Bunraku puppets are a type of Japanese wood-carved puppet. A ventriloquist's dummy is a human-shaped puppet operated by a ventriloquist performer's hand; the performer produces the puppets voice with little or no movement of her mouth, which creates the illusion that the puppet is alive. Carnival puppets are large puppets, typically bigger than a human, designed to be part of a large spectacle or parade.


This article uses material from the Wikipedia article Puppet , which is released under the Creative Commons Attribution-Share-Alike License 3.0.