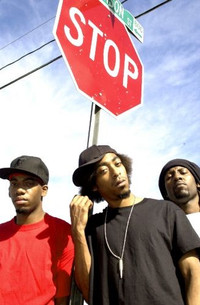 The punk subculture includes a diverse array of ideologies, fashion, and other forms of expression, visual art, dance, literature and film. It is largely characterised by anti-establishment views and the promotion of individual freedom, and is centred on a loud, aggressive genre of rock music called punk rock. Its adherents are referred to as "punks", also spelled "punx" in the modern day. Punk politics cover the entire political spectrum. Common punk ethos includes non-conformity, anti-authoritarianism, anti-corporatism, a do-it-yourself ethic, anti-consumerist, anti-conservative, anti-corporate greed, direct action and not "selling out". There is a wide range of punk fashion, including deliberately offensive T-shirts, leather jackets, Dr. Martens boots, etc., hairstyles such as brightly coloured hair and spiked mohawks, etc., cosmetics, tattoos, jewellery and body modification. Women in the hardcore scene typically wore masculine clothing.An important aspect of punk was creating explicitly outward identities of sexuality. Everything that was normally supposed to be hidden was brought to the front. Punk aesthetics determine the type of art punks enjoy, which typically has underground, minimalist, iconoclastic and satirical sensibilities. Punk has generated a considerable amount of poetry and prose, and has its own underground press in the form of zines. Many punk-themed films and videos have been made.


This article uses material from the Wikipedia article Punk subculture , which is released under the Creative Commons Attribution-Share-Alike License 3.0.