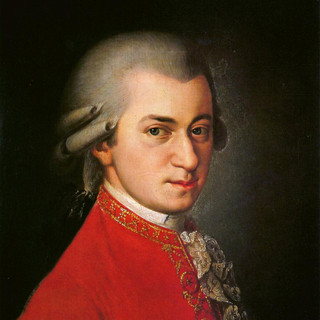 A piano concerto is a type of concerto, a solo composition in the Classical music genre which is composed for a piano player, which is typically accompanied by an orchestra or other large ensemble. Piano concertos are typically virtuoso showpieces which require an advanced level of technique on the instrument, including melodic lines interspersed with rapid scales, arpeggios, chords, complex contrapuntal parts and other challenging material. When piano concertos are performed by a professional concert pianist, a large grand piano is almost always used, as the grand piano has a fuller tone and more projection than an upright piano. Piano concertos are typically written out in music notation, including sheet music for the pianist (which they typically memorize so that they can play the concert without sheet music), orchestra parts for the orchestra members, and a full score for the conductor, who leads the orchestra in the accompaniment of the soloist. Depending on the era in which a piano concerto was composed, the orchestra parts may provide a fairly subordinate accompaniment role, setting out the bassline and chord progression over which the piano plays solo parts (more typical during the Baroque music era, from 1600 to 1750 and the Classical music period, from 1730 to 1800), or the orchestra may be given an almost equal role to the piano soloist, with orchestra instrumentalists and sections introducing key musical themes and playing virtuostic parts for their instruments and in which there is a "dialogue" or "conversation" between the piano soloist and the orchestra. When music students and music competition auditionees play piano concertos, the orchestra part may be performed in an orchestral reduction, a conversion of the orchestra parts into a part for an accompanist playing piano or pipe organ, as it is very expensive to hire a full orchestra. Keyboard concerti were common in the time of Johann Sebastian Bach in the Baroque music era, during the Classical music period and during the Romantic music era (1800–1910). Keyboard concertos are also written by contemporary classical music composers. Twentieth- and 21st-century piano concertos may include experimental or unusual performance techniques. In the 20th and 21st century, J.S. Bach's harpsichord concertos are sometimes played on piano. There are variant types of piano concertos, including double piano concertos, for two solo pianists and orchestra, and double or triple (or larger solo groups) concertos in which the piano soloist is joined by a violinist, cellist, or another instrumentalist.


This article uses material from the Wikipedia article Piano concerto , which is released under the Creative Commons Attribution-Share-Alike License 3.0.