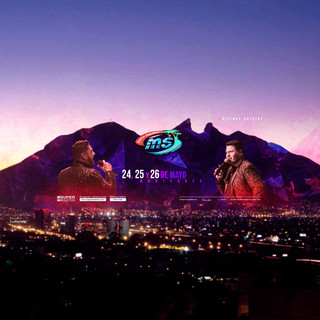 Norteño or Norteña (Spanish pronunciation: [noɾˈteɲo], northeren), also música norteña, is a genre of Mexican music from Northern Mexico, hence the name. The music is most often based on a polka or waltz tempo and its lyrics often deal with socially relevant topics. The famous corridos are considered Norteña music. The accordion and the bajo sexto are norteño's most characteristic instruments, but the genre can include brass bands (banda music) as well. Norteña music developed in the late 19th century, as a mixture between German folk music (which was introduced to Mexico with the arrival of German migrant workers in those years), and local Northern Mexican music. The genre is popular in both Mexico and the United States, especially among the Mexican and Mexican-American community, and it has become popular in many Latin American countries as far as Chile and Colombia and in Spain. Though originating from rural areas, norteño is popular in both urban and rural areas. Some popular norteño artists include Ramón Ayala, Cornelio Reyna, Intocable, Los Invasores de Nuevo León, Los Cadetes de Linares, Los Alegres de Terán, Los Tigres del Norte, Los Huracanes del Norte, Los Rieleros del Norte, La Leyenda, and Los Tucanes de Tijuana. Local radio stations have continued to be a major influence in popularizing norteño in the Mexican-American community. A conjunto norteño is a type of Mexican folk ensemble. It mostly includes diatonic accordion, bajo sexto, electric bass or double bass, and drums, and sometimes saxophone.


This article uses material from the Wikipedia article Norteño (music) , which is released under the Creative Commons Attribution-Share-Alike License 3.0.