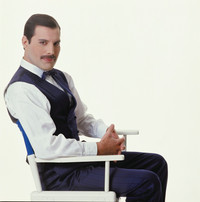 Neoclassicism (also spelled Neo-classicism; from Greek νέος nèos, "new" and Greek κλασικός klasikόs, "of the highest rank") is the name given to Western movements in the decorative and visual arts, literature, theatre, music, and architecture that draw inspiration from the "classical" art and culture of classical antiquity. Neoclassicism was born largely thanks to the writings of Johann Joachim Winckelmann, at the time of the rediscovery of Pompeii and Herculaneum, but its popularity spread all over Europe as a generation of European art students finished their Grand Tour and returned from Italy to their home countries with newly rediscovered Greco-Roman ideals. The main Neoclassical movement coincided with the 18th-century Age of Enlightenment, and continued into the early 19th century, laterally competing with Romanticism. In architecture, the style continued throughout the 19th, 20th and up to the 21st century. European Neoclassicism in the visual arts began c. 1760 in opposition to the then-dominant Rococo style. Rococo architecture emphasizes grace, ornamentation and asymmetry; Neoclassical architecture is based on the principles of simplicity and symmetry, which were seen as virtues of the arts of Rome and Ancient Greece, and were more immediately drawn from 16th-century Renaissance Classicism. Each "neo"-classicism selects some models among the range of possible classics that are available to it, and ignores others. The Neoclassical writers and talkers, patrons and collectors, artists and sculptors of 1765–1830 paid homage to an idea of the generation of Phidias, but the sculpture examples they actually embraced were more likely to be Roman copies of Hellenistic sculptures. They ignored both Archaic Greek art and the works of Late Antiquity. The "Rococo" art of ancient Palmyra came as a revelation, through engravings in Wood's The Ruins of Palmyra. Even Greece was all-but-unvisited, a rough backwater of the Ottoman Empire, dangerous to explore, so Neoclassicists' appreciation of Greek architecture was mediated through drawings and engravings, which subtly smoothed and regularized, "corrected" and "restored" the monuments of Greece, not always consciously. The Empire style, a second phase of Neoclassicism in architecture and the decorative arts, had its cultural centre in Paris in the Napoleonic era.


This article uses material from the Wikipedia article Neoclassicism , which is released under the Creative Commons Attribution-Share-Alike License 3.0.