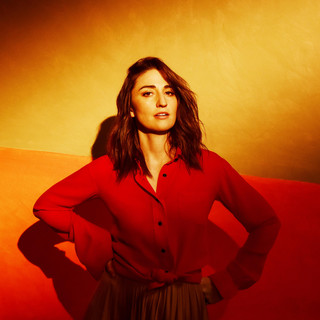 Musical theatre is a form of theatrical performance that combines songs, spoken dialogue, acting and dance. The story and emotional content of a musical – humor, pathos, love, anger – are communicated through the words, music, movement and technical aspects of the entertainment as an integrated whole. Although musical theatre overlaps with other theatrical forms like opera and dance, it may be distinguished by the equal importance given to the music as compared with the dialogue, movement and other elements. Since the early 20th century, musical theatre stage works have generally been called, simply, musicals. Although music has been a part of dramatic presentations since ancient times, modern Western musical theatre emerged during the 19th century, with many structural elements established by the works of Gilbert and Sullivan in Britain and those of Harrigan and Hart in America. These were followed by the numerous Edwardian musical comedies and the musical theatre works of American creators like George M. Cohan at the turn of the 20th century. The Princess Theatre musicals (1915–1918) and other smart shows like Of Thee I Sing (1931) were artistic steps forward beyond revues and other frothy entertainments of the early 20th century and led to such groundbreaking works as Show Boat (1927) and Oklahoma! (1943). Some of the most famous musicals through the decades that followed include West Side Story (1957), The Fantasticks (1960), Hair (1967), A Chorus Line (1975), Les Misérables (1985), The Phantom of the Opera (1986), Rent (1996), The Producers (2001), Wicked (2003) and Hamilton (2015). Musicals are performed around the world. They may be presented in large venues, such as big-budget Broadway or West End productions in New York City or London. Alternatively, musicals may be staged in smaller venues, such as fringe theatre, Off-Broadway, Off-Off-Broadway, regional theatre, or community theatre productions, or on tour. Musicals are often presented by amateur and school groups in churches, schools and other performance spaces. In addition to the United States and Britain, there are vibrant musical theatre scenes in continental Europe, Asia, Australasia, Canada and Latin America.


This article uses material from the Wikipedia article Musical theatre , which is released under the Creative Commons Attribution-Share-Alike License 3.0.