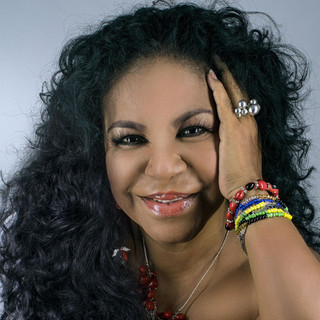 Música Criolla or Canción Criolla is a varied genre of Peruvian music that exhibits influences from European, african and Andean music. The genre's name reflects the coastal culture of Peru, and the local evolution of the term criollo into a more socially inclusive element of the nation. Afro-Peruvian music was first created by African slaves in Peru during the Colonial Period and beyond. The rhythms include Festejo, Landó, Socabon, Pregon, Zamacueca, and Alcatraz. Many of those were played with a mixture of Spanish and Indian instruments and used the Spanish coplas as lyrics. They were practiced only in private black gatherings until the 1950s, when efforts of some scholars studying the Peruvian community, such as Nicomedes Santa Cruz, Victoria Santa Cruz and Jose Durand, compiled songs and dances after struggling with racism and poor recognition. Interpreters such as Lucila Campos, Caitro Soto, Susana Baca, Eva Ayllon, and the Peru Negro dance company, among others, have brought these genres to the world's attention. The most popular genre of música criolla in Perú is the marinera, often called the national dance of Perú. Other main genres are Peruvian vals and tondero, festejo, polka, zamacueca, coplas de amor fino, and landó. Peru's national Día de la Canción Criolla takes place on October 31.


This article uses material from the Wikipedia article Música criolla , which is released under the Creative Commons Attribution-Share-Alike License 3.0.