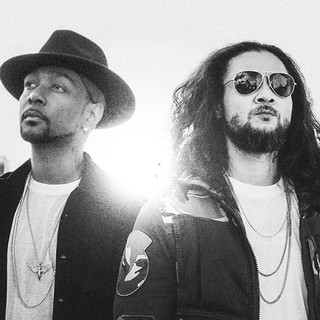 Midwest hip hop is a regional genre of hip hop music performed by artists from the Midwestern United States. In contrast with its East Coast, West Coast and Southern counterparts, Midwest hip hop has very few constants in style or production. Midwest hip hop's first dose of national popularity came in the mid-90s with the extremely fast-paced rappers known as Choppers, such as Bone Thugs-n-Harmony (Cleveland), Twista (Chicago), Tech N9ne (Kansas City), Atmosphere (Minneapolis), and Eminem (Detroit). However, while the artists mentioned above became one of the first to introduce Midwest hip hop that rivaled the popularity of West and East Coast styles, other subsequent acts have or already had also risen to national prominence such as Nelly, D12, Common, Da Brat, Chief Keef, Kanye West, Kid Cudi, Big Sean, Juice Wrld, Metro Boomin, and Chance the Rapper but they share very few similarities. Other notable midwest rappers and producers include: Brother Ali, Lupe Fiasco, Royce Da 5'9, J Dilla, Mac Lethal, Ramey Dawoud, Tech N9ne, Elzhi, Obie Trice, and up and comers Freddie Gibbs and Manny Phesto. It is because these lack of constants between acts from different cities (and sometimes even between artists from the same city) that it can be extremely difficult to define a "typical" Midwest sound. One characteristic of Midwest hip hop is that tempos typically range from 90 to 180 beats per minute, whereas the tempos in East Coast, West Coast, and Southern hip hop typically do not exceed 120 bpm.


This article uses material from the Wikipedia article Midwest hip hop , which is released under the Creative Commons Attribution-Share-Alike License 3.0.