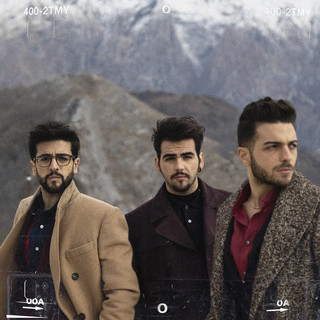 Progressive rock (shortened as prog; sometimes called art rock, classical rock or symphonic rock) is a broad genre of rock music that developed in the United Kingdom and United States throughout the mid- to late 1960s. Initially termed "progressive pop", the style was an outgrowth of psychedelic bands who abandoned standard pop traditions in favour of instrumentation and compositional techniques more frequently associated with jazz, folk, or classical music. Additional elements contributed to its "progressive" label: lyrics were more poetic, technology was harnessed for new sounds, music approached the condition of "art", and the studio, rather than the stage, became the focus of musical activity, which often involved creating music for listening rather than dancing. Prog is based on fusions of styles, approaches and genres, involving a continuous move between formalism and eclecticism. Due to its historical reception, prog's scope is sometimes limited to a stereotype of long solos, long albums, fantasy lyrics, grandiose stage sets and costumes, and an obsessive dedication to technical skill. While the genre is often cited for its merging of high culture and low culture, few artists incorporated literal classical themes in their work to any great degree, and only a handful of groups purposely emulated or referenced classical music. The genre coincided with the mid 1960s economic boom that allowed record labels to allocate more creative control to their artists, as well as the new journalistic division between "pop" and "rock" that lent generic significance to both terms. Prog saw a high level of popularity in the early-to-mid 1970s, but faded soon after. Conventional wisdom holds that the rise of punk rock caused this, but several more factors contributed to the decline. Music critics, who often labelled the concepts as "pretentious" and the sounds as "pompous" and "overblown", tended to be hostile towards the genre or to completely ignore it. After the late 1970s, progressive rock fragmented in numerous forms. Some bands achieved commercial success well into the 1980s (albeit with changed lineups and more compact song structures) or crossed into symphonic pop, arena rock, or new wave. Early groups who exhibited progressive features are retroactively described as "proto-prog". The Canterbury scene, originating in the late 1960s, denotes a subset of prog bands who emphasised the use of wind instruments, complex chord changes and long improvisations. Rock in Opposition, from the late 1970s, was more avant-garde, and when combined with the Canterbury style, created avant-prog. In the 1980s, a new subgenre, neo-progressive rock, enjoyed some commercial success, although it was also accused of being derivative and lacking in innovation. Post-progressive draws upon newer developments in popular music and the avant-garde since the mid 1970s.


This article uses material from the Wikipedia article Italian progressive rock , which is released under the Creative Commons Attribution-Share-Alike License 3.0.