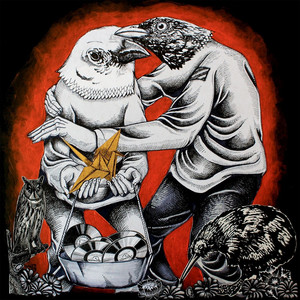 See all ›
What Cheer? Brigade

Hindi cinema, often metonymously referred to as Bollywood and formerly known as Bombay cinema, is the Indian Hindi-language film industry based in Mumbai (formerly Bombay), Maharashtra. The term is a portmanteau of "Bombay" and "Hollywood". The industry is related to Tamil film industry (Kollywood), Telugu film industry (Tollywood) and other industries, making up Indian Cinema – the world's largest.Indian cinema is the world's largest film industry in film production, with an annual output of 1,986 feature films in 2017. Bollywood is its largest film producer, with 364 Hindi films produced in 2017. Bollywood represents 43 percent of Indian net box-office revenue; Tamil and Telugu cinema represent 36 percent, and the remaining regional cinema constituted 21 percent in 2014. Bollywood is one of the largest centres of film production in the world. In 2001 ticket sales, Indian cinema (including Bollywood) reportedly sold an estimated 3.6 billion tickets worldwide, compared to Hollywood's 2.6 billion tickets sold. Bollywood films tend to use a colloquial dialect of Hindi-Urdu (or Hindustani), mutually intelligible by Hindi and Urdu speakers, and modern Bollywood films increasingly incorporate elements of Hinglish.The most popular commercial genre in Bollywood since the 1970s has been the masala film, which freely mixes different genres including action, comedy, romance, drama and melodrama along with musical numbers. Masala films generally fall under the musical film genre, of which Indian cinema has been the largest producer since the 1960s when it exceeded the American film industry's total musical output after musical films declined in the West; the first Indian musical talkie was Alam Ara (1931), several years after the first Hollywood musical talkie The Jazz Singer (1927). Bollywood films outside of the commercial masala formula have traditionally been referred to as parallel cinema, which tend to avoid the use of musical numbers. In more recent times, the distinction between commercial masala cinema and parallel cinema has been gradually blurring, as an increasing number of successful commercial films forego the use of musical numbers, such as the highest-grossing Indian film Dangal (2016), for example.


This article uses material from the Wikipedia article Bollywood , which is released under the Creative Commons Attribution-Share-Alike License 3.0.