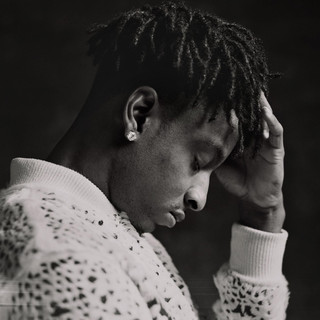 Gangsta rap or gangster rap is a style of hip hop characterized by themes and lyrics that generally emphasize the "gangsta" lifestyle. The genre evolved from hardcore rap into a distinct form, pioneered in the mid-1980s by rappers such as Ice-T, and popularized in the later part of the 1980s by groups like N.W.A. After the national attention that Ice-T and N.W.A attracted in the late 1980s and early 1990s, gangsta rap became the most commercially lucrative subgenre of hip hop. Many (if not most) gangsta rap artists openly boast of their associations with various active street gangs as part of their artistic image, with the Crips and Bloods being the most commonly represented. Gangsta rap parallels other indigenous gang and crime-oriented forms of music, such as the narcocorrido genre of northern Mexico.The subject matter inherent in gangsta rap has caused a great deal of controversy. Criticism has come from both left-wing and right-wing commentators, as well as religious leaders, who have accused the genre of promoting crime, serial killing, murder, violence, profanity, sex addiction, homophobia, racism, promiscuity, misogyny, rape, street gangs, disorderly conduct, drive-by shootings, vandalism, theft, driving under the influence, drug dealing, alcohol abuse, substance abuse, disregarding law enforcement, materialism, and narcissism. The White House administrations of both George H. W. Bush and Bill Clinton criticized the genre. "Many black rappers—including Ice-T and Sister Souljah—contend that they are being unfairly singled out because their music reflects deep changes in society not being addressed anywhere else in the public forum. The white politicians, the artists complain, neither understand the music nor desire to hear what's going on in the devastated communities that gave birth to the art form," wrote journalist Chuck Philips in a review of the battle between "the Establishment" and defenders of rap music. "The reason why rap is under attack is because it exposes all the contradictions of American culture ... What started out as an underground art form has become a vehicle to expose a lot of critical issues that are not usually discussed in American politics. The problem here is that the White House and wanna-bes like Bill Clinton represent a political system that never intends to deal with inner city urban chaos," Sister Souljah told Philips.On the other hand, some commentators (for example, Spike Lee in his satirical film Bamboozled) have criticized gangsta rap as analogous to black minstrel shows and blackface performance, in which performers – both black and white – were made to look African American, and acted in a stereotypical uncultured and ignorant manner for entertainment. Gangsta rappers often defend themselves by arguing they are describing the reality of inner-city life, and that they are only adopting a character which behaves in ways they do not necessarily endorse. Gangsta rappers are also famous (or infamous) for appearing more hardcore compared to early concepts and themes of hip-hop artists, and are known for saying things that are often considered taboo; for instance, the gangsta rap group N.W.A produced the famous "Fuck tha Police" protest song about police brutality and racial profiling. In high-crime areas, putting on these made up personas is life-threatening, but the fact that gangsta rappers told the stories of others is often seen as having earned them respect for raising awareness of the severity of inner-city crime. Many gangsta rappers argue that in the world of their genre exists the emotions and perspectives of a people whose suffering is too often overlooked and belittled by society. Gangsta rap, some argue, was an effect of the various wrongdoings perpetrated against African-Americans in underprivileged neighborhoods. The various riots sparked by the Rodney King beating and the acquittal of the police officers responsible for the beating sparked anger and outrage in an area that was already at risk. Gangsta rap acted as an outlet so such people could express themselves angrily and not in fear that they were going to be silenced for telling the truth. They often used gangsta rap to tell the stories of their lives, which sometimes included strong violence, hypersexuality, and drug abuse.


This article uses material from the Wikipedia article Gangsta rap , which is released under the Creative Commons Attribution-Share-Alike License 3.0.