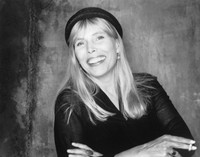 Folk jazz is music that pairs traditional folk music with elements of jazz, usually featuring richly texturized songs. The origins of folk jazz can be traced back to the fifties, when artists like Jimmy Giuffre and Tony Scott pursued distinct approaches to folk music production, initially, as a vehicle for soloist expression.Folk jazz was most popular during the middle and latter parts of the sixties, when some already established folk musicians incorporated diverse musical traditions into their works. Many already popular musical styles diversified as counter-culture bands embraced experimentation and inclusiveness in their works.An example is Bob Dylan's 1966 double album Blonde on Blonde's first track, "Rainy Day Women No. 12 & 35", which blends various Americana traditions with a jazzy rhythm. In 1968, Van Morrison released the influential Astral Weeks, a mixture of folk, jazz, blues, soul and classical music. In 1969, Tim Buckley released Happy Sad, an album in which he hinted at his early jazz influences – most notably Miles Davis – by infusing his folk-based songs with a non-traditional jazz timbre (a decision that negatively impacted his sales figures by alienating him from his audience). Pentangle's album from that same year, Basket of Light, too, exhibited a certain degree of folk jazz experimentation, amidst other releases from that time, the majority of which were not as commercially successful. Further developments occurred during the seventies, as evidenced in albums like Nick Drake's Bryter Layter, Joni Mitchell's Hejira, and various works originating in the progressive rock and folk rock scenes, which continued the exploration of this genre.


This article uses material from the Wikipedia article Folk jazz , which is released under the Creative Commons Attribution-Share-Alike License 3.0.