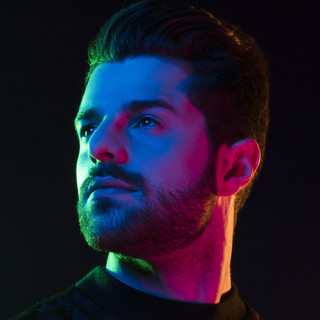 Electronic music is music that employs electronic musical instruments, digital instruments and circuitry-based music technology. In general, a distinction can be made between sound produced using electromechanical means (electroacoustic music), and that produced using electronics only. Electromechanical instruments include mechanical elements, such as strings, hammers, and so on, and electric elements, such as magnetic pickups, power amplifiers and loudspeakers. Examples of electromechanical sound producing devices include the telharmonium, Hammond organ, and the electric guitar, which are typically made loud enough for performers and audiences to hear with an instrument amplifier and speaker cabinet. Pure electronic instruments do not have vibrating strings, hammers, or other sound-producing mechanisms. Devices such as the theremin, synthesizer, and computer can produce electronic sounds.The first electronic devices for performing music were developed at the end of the 19th century, and shortly afterward Italian futurists explored sounds that had not been considered musical. During the 1920s and 1930s, electronic instruments were introduced and the first compositions for electronic instruments were made. By the 1940s, magnetic audio tape allowed musicians to tape sounds and then modify them by changing the tape speed or direction, leading to the development of electroacoustic tape music in the 1940s, in Egypt and France. Musique concrète, created in Paris in 1948, was based on editing together recorded fragments of natural and industrial sounds. Music produced solely from electronic generators was first produced in Germany in 1953. Electronic music was also created in Japan and the United States beginning in the 1950s. An important new development was the advent of computers to compose music. Algorithmic composition with computers was first demonstrated in the 1950s (although algorithmic composition per se without a computer had occurred much earlier, for example Mozart's Musikalisches Würfelspiel). In the 1960s, live electronics were pioneered in America and Europe, Japanese electronic musical instruments began influencing the music industry, and Jamaican dub music emerged as a form of popular electronic music. In the early 1970s, the monophonic Minimoog synthesizer and Japanese drum machines helped popularize synthesized electronic music. In the 1970s, electronic music began having a significant influence on popular music, with the adoption of polyphonic synthesizers, electronic drums, drum machines, and turntables, through the emergence of genres such as disco, krautrock, new wave, synth-pop, hip hop and EDM. In the 1980s, electronic music became more dominant in popular music, with a greater reliance on synthesizers, and the adoption of programmable drum machines such as the Roland TR-808 and bass synthesizers such as the TB-303. In the early 1980s, digital technologies for synthesizers including digital synthesizers such as the Yamaha DX7 were popularized, and a group of musicians and music merchants developed the Musical Instrument Digital Interface (MIDI). Electronically produced music became prevalent in the popular domain by the 1990s, because of the advent of affordable music technology. Contemporary electronic music includes many varieties and ranges from experimental art music to popular forms such as electronic dance music. Today, pop electronic music is most recognizable in its 4/4 form and more connected with the mainstream culture as opposed to its preceding forms which were specialized to niche markets.


This article uses material from the Wikipedia article Electronic music , which is released under the Creative Commons Attribution-Share-Alike License 3.0.