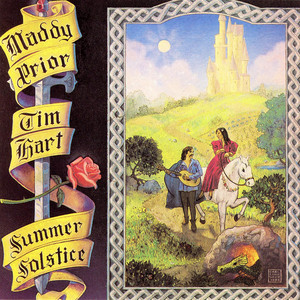 British folk rock is a form of folk rock which developed in the United Kingdom from the mid 1960s, and was at its most significant in the 1970s. Though the merging of folk and rock music came from several sources, it is widely regarded that the success of "The House of the Rising Sun" by British band the Animals in 1964 was a catalyst, prompting Bob Dylan to "go electric", in which, like the Animals, he brought folk and rock music together, from which other musicians followed. In the same year, the Beatles began incorporating overt folk influences into their music, most noticeably on their Beatles for Sale album. The Beatles and other British Invasion bands, in turn, influenced the American band the Byrds, who released their recording of Dylan's "Mr. Tambourine Man" in April 1965, setting off the mid-1960s American folk rock movement. A number of British groups, usually those associated with the British folk revival, moved into folk rock in the mid-1960s, including the Strawbs, Pentangle, and Fairport Convention. British folk rock was taken up and developed in the surrounding Celtic cultures of Brittany, Ireland, Scotland, Wales and the Isle of Man, to produce Celtic rock and its derivatives, and has been influential in countries with close cultural connections to Britain. It gave rise to the genre of folk punk. By the 1980s the genre was in steep decline in popularity, but survived and revived in significance, partly merging with the rock music and folk music cultures from which it originated. Some commentators have found a distinction in some British folk rock, where the musicians are playing traditional folk music with electric instruments rather than merging rock and folk music, and they distinguish this form of playing by calling it "electric folk".


This article uses material from the Wikipedia article British folk rock , which is released under the Creative Commons Attribution-Share-Alike License 3.0.