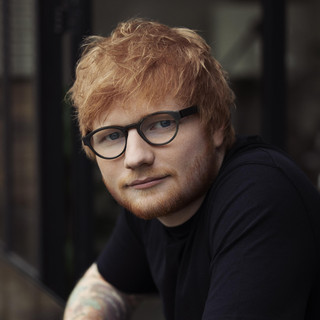 Contemporary folk music refers to a wide variety of genres that emerged in the mid 20th century and afterwards which were associated with traditional folk music. Starting in the mid-20th century a new form of popular folk music evolved from traditional folk music. This process and period is called the (second) folk revival and reached a zenith in the 1960s. The most common name for this new form of music is also "folk music", but is often called "contemporary folk music" or "folk revival music" to make the distinction. The transition was somewhat centered in the US and is also called the American folk music revival. Fusion genres such as folk rock, folktronica, and others also evolved within this phenomenon. While contemporary folk music is a genre generally distinct from traditional folk music, it often shares the same English name, performers and venues as traditional folk music; even individual songs may be a blend of the two. While the Romantic nationalism of the first folk revival had its greatest influence on art-music, the "second folk revival" of the later 20th century brought a new genre of popular music with artists marketed through concerts, recordings and broadcasting. One of the earliest figures in this revival was Woody Guthrie, who sang traditional songs in the 1930s and 1940s as well as composing his own. In the United Kingdom, the folk revival fostered a generation of singer-songwriters such as Donovan, who achieved initial prominence in the 1960s. The folk revival spawned Canada's first true wave of internationally successful artists such as Gordon Lightfoot, Leonard Cohen, Joni Mitchell, and Buffy Sainte-Marie. Major performers who emerged from the 1940s to the early 1960s included Woody Guthrie, Pete Seeger, Joan Baez, and Bob Dylan. The mid-1960s through the early 1970s was associated with large musical, political, lifestyle, and counterculture changes. Folk music underwent a related rapid evolution, expansion and diversification at that same time. Major changes occurred through the evolution of established performers such as Bob Dylan, Joan Baez, Judy Collins, the Seekers and Peter Paul and Mary, and also through the creation of new fusion genres with rock and pop. During this period, the term "protest music" was often used to characterize folk music with topical political themes. The Canadian performers Gordon Lightfoot, Leonard Cohen, Bruce Cockburn and Joni Mitchell represented such fusions and enjoyed great popularity in the U.S. Starting in the 1970s folk music was fueled by new singer-songwriters such as Joni Mitchell, John Denver, and Harry Chapin. Other subgenres of folk include anti folk, folk punk (e.g., the Irish band the Pogues in the 1980s), indie folk, folktronica, freak folk and Americana and fusion genres such as folk metal, progressive folk, psychedelic folk, and neofolk.


This article uses material from the Wikipedia article Contemporary folk music , which is released under the Creative Commons Attribution-Share-Alike License 3.0.