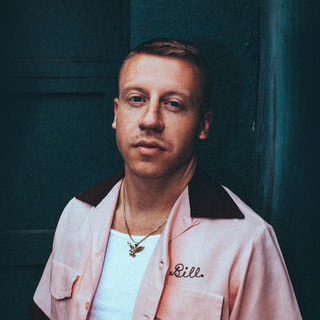 Comedy hip hop or comedy rap, is a subgenre of hip hop music that is comedic in nature, often incorporating satirical lyrics. While many examples of comedy hip hop could be considered a parody of the hip hop genre, in the case of artists who merely incorporate humor into their more serious, purist hip hop styles, such as Eminem and Ludacris, this is not necessarily the case. Run DMC's "Christmas in Hollis" from 1987 is comedy rap, and DJ Jazzy Jeff & The Fresh Prince were solidly in the comedy rap genre with the 1988 song "Parents Just Don't Understand." N.W.A and Ice Cube's early albums were not as comedic and lighthearted as The Fresh Prince but did incorporate humor. Before the darker themes that are characteristic of the Gangsta rap of the 1990s, comedy hip hop, with its lighter and more humorous style, came to prominence in the 1980s, carried by popular acts such as the Beastie Boys. Various influential comedy hip hop groups began in the late 1980s, such as DJ Jazzy Jeff & The Fresh Prince, De La Soul, Kid 'n Play, Das EFX and Fu-Schnickens and throughout the late 1990s and 2000s, rappers including Eminem, Ludacris and Afroman gained popularity, as did rappers such as Hopsin. Rucka Rucka Ali is an artist who experiments with comedy hip hop filled with racism, such as his song, "What The Black Says". "Weird Al" Yankovic has made entries to this music genre, along with Nerdcore. "Thrift Shop" by Macklemore & Ryan Lewis is also a well-known song of comedy hip hop. While few rappers make comedy hip hop their focus with the exception of a few, mainly Lil Dicky and Ugly God, the genre maintains a substantial loyal following. Outside the English-speaking world, the genre spread in the 1990s, with bands and artists such as the German group Fettes Brot, the Swedish-Finnish artist Markoolio and the French group Svinkels.Especially German hip-hop is knwon for its frequent use of humorous, satrirical and ironic lyrics that sometimes are parodying the heaviness and seriousness of US gangster rap. This tradition can be traced back to Austrian artist Falco who is considered among the pioneers of German-language rap and hip hop and was also known for his often humorous and satirical lyrics. Other famous examples include Die Fantastischen Vier, Fettes Brot, Beginner, Fünf Sterne Deluxe and Seeed.


This article uses material from the Wikipedia article Comedy hip hop , which is released under the Creative Commons Attribution-Share-Alike License 3.0.