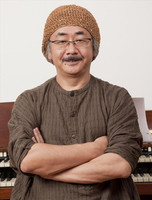 Chiptune, also known as chip music or 8-bit music, is a style of synthesized electronic music made using the programmable sound generator (PSG) sound chips in vintage arcade machines, computers and video game consoles. The term is commonly used to refer to tracker format music which intentionally sounds similar to older PSG-created music (this is the original meaning of the term), as well as music that combines PSG sounds with modern musical styles.By the early 1980s, personal computers had become less expensive and more accessible than they had been previously. This led to a proliferation of outdated personal computers and game consoles that had been abandoned by consumers as they upgraded to newer machines. They were in low demand by consumers as a whole, and thus were not difficult to find, making them a highly accessible and affordable method of creating sound or art. While it has been a mostly underground genre, chiptune has had periods of moderate popularity in the 1980s and 21st century, and has influenced the development of electronic dance music. The terms "chip music" and "chiptune" refer to music made by the sound chips found within early gaming systems and microcomputers.A waveform generator is a fundamental module in a sound synthesis system. A waveform generator usually produces a basic geometrical waveform with a fixed or variable timbre and variable pitch. Common waveform generator configurations usually included two or three simple waveforms and often a single pseudo-random-noise generator (PRNG). Available waveforms often included pulse wave (whose timbre can be varied by modifying the duty cycle), square wave (a symmetrical pulse wave producing only odd overtones), triangle wave (which has a fixed timbre containing only odd harmonics, but is softer than a square wave), and sawtooth wave (which has a bright raspy timbre and contains odd and even harmonics). Two notable examples of systems employing this technology comprise the Nintendo Game Boy portable game console, and the Commodore 64 personal computer. The Game Boy uses two pulse channels (switchable between 12.5%, 25%, 50% and 75% wave duty cycle), a channel for 4-bit pulse-code modulation (PCM) playback, and a pseudo-random-noise generator. The Commodore 64, however, used the MOS Technology SID chip which offered 3 channels, each switchable between pulse, saw-tooth, triangle, and noise. Unlike the Game Boy, the pulse channels on the Commodore 64 allowed full control over wave duty cycles. The SID was a very technically advanced chip, offering many other features including ring modulation and adjustable resonance filters.Due to limited number of voices in those primitive chips, one of the main challenges is to produce rich polyphonic music with them. The usual method to emulate it is via quick arpeggios, which is one of the most relevant features of chiptune music (along, of course, with its electronic timbres). Some older systems featured a simple beeper as their only sound output, as the original ZX Spectrum and IBM PC; despite this, many skilled programmers were able to produce unexpectedly rich music with this bare hardware, where the sound is fully generated by the system's CPU by direct control of the beeper.


This article uses material from the Wikipedia article Chiptune , which is released under the Creative Commons Attribution-Share-Alike License 3.0.