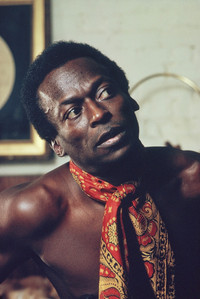 Bebop or bop is a style of jazz developed in the early to mid-1940s in the United States, which features songs characterized by a fast tempo, complex chord progressions with rapid chord changes and numerous changes of key, instrumental virtuosity, and improvisation based on a combination of harmonic structure, the use of scales and occasional references to the melody. Bebop developed as the younger generation of jazz musicians expanded the creative possibilities of jazz beyond the popular, dance-oriented swing style with a new "musician's music" that was not as danceable and demanded close listening. As bebop was not intended for dancing, it enabled the musicians to play at faster tempos. Bebop musicians explored advanced harmonies, complex syncopation, altered chords, extended chords, chord substitutions, asymmetrical phrasing, and intricate melodies. Bebop groups used rhythm sections in a way that expanded their role. Whereas the key ensemble of the swing era was the big band of up to fourteen pieces playing in an ensemble-based style, the classic bebop group was a small combo that consisted of saxophone (alto or tenor), trumpet, piano, guitar, double bass, and drums playing music in which the ensemble played a supportive role for soloists. Rather than play heavily arranged music, bebop musicians typically played the melody of a song (called the "head") with the accompaniment of the rhythm section, followed by a section in which each of the performers improvised a solo, then returned to the melody at the end of the song. Some of the most influential bebop artists, who were typically composer-performers, are: tenor sax players Dexter Gordon, Sonny Rollins, and James Moody; alto sax player Charlie Parker; clarinet player Buddy DeFranco; trumpeters Fats Navarro, Clifford Brown, and Dizzy Gillespie; pianists Bud Powell, Mary Lou Williams, and Thelonious Monk; electric guitarist Charlie Christian, and drummers Kenny Clarke, Max Roach, and Art Blakey.


This article uses material from the Wikipedia article Bebop , which is released under the Creative Commons Attribution-Share-Alike License 3.0.