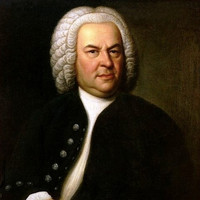 Baroque music (US: or UK: ) is a period or style of Western art music composed from approximately 1600 to 1750. This era followed the Renaissance music era, and was followed in turn by the Classical era. Baroque music forms a major portion of the "classical music" canon, and is now widely studied, performed, and listened to. Key composers of the Baroque era include Johann Sebastian Bach, Antonio Vivaldi, George Frideric Handel, Claudio Monteverdi, Domenico Scarlatti, Alessandro Scarlatti, Henry Purcell, Georg Philipp Telemann, Jean-Baptiste Lully, Jean-Philippe Rameau, Marc-Antoine Charpentier, Arcangelo Corelli, Tomaso Albinoni, François Couperin, Giuseppe Tartini, Heinrich Schütz, Giovanni Battista Pergolesi, Dieterich Buxtehude, and Johann Pachelbel. The Baroque period saw the creation of common-practice tonality, an approach to writing music in which a song or piece is written in a particular key; this kind of arrangement has continued to be used in almost all Western popular music. During the Baroque era, professional musicians were expected to be accomplished improvisers of both solo melodic lines and accompaniment parts. Baroque concerts were typically accompanied by a basso continuo group (comprising chord-playing instrumentalists such as harpsichordists and lute players improvising chords from a figured bass part) while a group of bass instruments—viol, cello, double bass—played the bassline. A characteristic Baroque form was the dance suite. While the pieces in a dance suite were inspired by actual dance music, dance suites were designed purely for listening, not for accompanying dancers. During the period, composers and performers used more elaborate musical ornamentation (typically improvised by performers), made changes in musical notation (the development of figured bass as a quick way to notate the chord progression of a song or piece), and developed new instrumental playing techniques. Baroque music expanded the size, range, and complexity of instrumental performance, and also established the mixed vocal/instrumental forms of opera, cantata and oratorio and the instrumental forms of the solo concerto and sonata as musical genres. Many musical terms and concepts from this era, such as toccata, fugue and concerto grosso are still in use in the 2010s. Dense, complex polyphonic music, in which multiple independent melody lines were performed simultaneously (a popular example of this is the fugue), was an important part of many Baroque choral and instrumental works. The term "baroque" comes from the Portuguese word barroco, meaning "misshapen pearl". Negative connotations of the term first occurred in 1734, in a criticism of an opera by Jean-Philippe Rameau, and later (1750) in a description by Charles de Brosses of the ornate and heavily ornamented architecture of the Pamphili Palace in Rome; and from Jean Jacques Rousseau in 1768 in the Encyclopédie in his criticism of music that was overly complex and unnatural. Although the term continued to be applied to architecture and art criticism through the 19th century, it was not until the 20th century that the term "baroque" was adopted from Heinrich Wölfflin's art-history vocabulary to designate a historical period in music.


This article uses material from the Wikipedia article Baroque music , which is released under the Creative Commons Attribution-Share-Alike License 3.0.