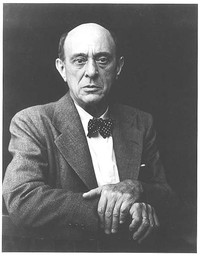 Atonality in its broadest sense is music that lacks a tonal center, or key. Atonality, in this sense, usually describes compositions written from about 1908 to the present day, where a hierarchy of pitches focusing on a single, central tone is not used, and the notes of the chromatic scale function independently of one another (Kennedy 1994). More narrowly, the term atonality describes music that does not conform to the system of tonal hierarchies that characterized classical European music between the seventeenth and nineteenth centuries (Lansky, Perle, and Headlam 2001). "The repertory of atonal music is characterized by the occurrence of pitches in novel combinations, as well as by the occurrence of familiar pitch combinations in unfamiliar environments" (Forte 1977, 1). The term is also occasionally used to describe music that is neither tonal nor serial, especially the pre-twelve-tone music of the Second Viennese School, principally Alban Berg, Arnold Schoenberg, and Anton Webern (Lansky, Perle, and Headlam 2001). However, "as a categorical label, 'atonal' generally means only that the piece is in the Western tradition and is not 'tonal'" (Rahn 1980, 1), although there are longer periods, e.g., medieval, renaissance, and modern modal music to which this definition does not apply. "Serialism arose partly as a means of organizing more coherently the relations used in the pre-serial 'free atonal' music. ... Thus, many useful and crucial insights about even strictly serial music depend only on such basic atonal theory" (Rahn 1980, 2). Late 19th- and early 20th-century composers such as Alexander Scriabin, Claude Debussy, Béla Bartók, Paul Hindemith, Sergei Prokofiev, Igor Stravinsky, and Edgard Varèse have written music that has been described, in full or in part, as atonal (Baker 1980; Baker 1986; Bertram 2000; Griffiths 2001; Kohlhase 1983; Lansky and Perle 2001; Obert 2004; Orvis 1974; Parks 1985; Rülke 2000; Teboul & 1995–96; Zimmerman 2002).


This article uses material from the Wikipedia article Atonality , which is released under the Creative Commons Attribution-Share-Alike License 3.0.