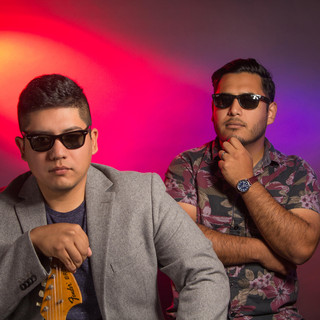 American rock has its roots in 1940s and 1950s rock and roll, rhythm and blues, and country music, and also drew on folk music, jazz, blues, and classical music. American rock music was further influenced by the British Invasion of the American pop charts from 1964 and resulted in the development of garage rock. From the late 1960s and early 1970s, American rock music was highly influential in the development of a number of fusions, including blending with folk music to create folk rock, with blues to create blues rock, with country music to create country rock, roots rock and southern rock and with jazz to create jazz rock, all of which contributed to psychedelic rock. In the 1970s, rock developed a large number of subgenres, such as soft rock, hard rock, heavy metal, glam rock, progressive rock and punk rock. New subgenres that were derived from punk and important in the 1980s included new wave, hardcore punk, post-punk, thrash, and alternative rock. In the 1990s, alternative rock broke through into the mainstream with grunge, and other significant subgenres included indie rock and nu metal. In the 2000s genres that emerged into the mainstream included emo, metalcore and there was a Garage rock/post-punk revival. The development of digital technology led to the development of new forms of digital electronic rock.


This article uses material from the Wikipedia article American rock , which is released under the Creative Commons Attribution-Share-Alike License 3.0.