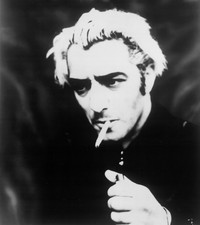 Chaabi is a traditional music of Algiers (Algeria), formalized by El Hadj M'Hamed El Anka. Originally from the Casbah, the music known as chaabi belongs to a tradition of recent origin. It emerged during the 1930s, and has lost none of its power of attraction up to the present time. Inspired by vocal traditions of Arab, Andalusian music using its modes and rhythms (Andalusia is also the home of Flamenco music). Chaabi means 'of the people', and it's very definitely the people's music, even in a country where Raï rules.A typical song features mournful, Arabic/Berber vocals, set against an orchestral backdrop of a dozen musicians, with violins and mandolins swelling and falling to a piano melody and the clap of percussion beats. While it shares many set themes with Flamenco - love, loss, exile, friendship and betrayal, Chaabi is part of a deeply conservative tradition and its lyrics often carrying a strong moral message. At first Chaabi remained a scandalous genre, thriving behind closed doors or in specific locations called "Mahchachat" (cannabis dens), where the admirer of this music would go to drink coffee, tea or smoke. By the late 1950s, however, it had become the people's music, played at weddings and religious festivals. Its main exponents included Oran based singer Lili Labassi, El Hadj M'Hamed El Anka, the father of Chaabi, and Dahmane El Harrachi, composer of the classic tale of emigration Ya Rayah.In 2011, Safinez Bousbia directed a documentary on chaabi music. It took over seven years to make, facilitate and track the reunion of the Jewish and Muslim members of a chaabi group from colonial Algiers known as El Gusto.


This article uses material from the Wikipedia article Chaabi (Algeria) , which is released under the Creative Commons Attribution-Share-Alike License 3.0.