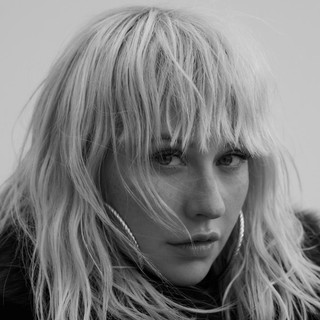 In North American music, adult contemporary music (AC) is a form of radio-played popular music, ranging from 1960s vocal and 1970s soft rock music to predominantly ballad-heavy music of the present day, with varying degrees of easy listening, pop, soul, rhythm and blues, quiet storm, and rock influence. Adult contemporary is rather a continuation of the easy listening and soft rock style that became popular in the 1960s and 1970s with some adjustments that reflect the evolution of pop/rock music.Adult contemporary tends to have lush, soothing and highly polished qualities where emphasis on melody and harmonies is accentuated. It is usually melodic enough to get a listener's attention, and is inoffensive and pleasurable enough to work well as background music. Like most of pop music, its songs tend to be written in a basic format employing a verse–chorus structure. The format is heavy on romantic sentimental ballads which mostly use acoustic instruments (though bass guitar is usually used) such as acoustic guitars, pianos, saxophones, and sometimes an orchestral set. The electric guitars are normally faint and high-pitched. However, recent adult contemporary music may usually feature synthesizers (and other electronics, such as drum machines).An AC radio station may play mainstream music, but it excludes hip hop, dance tracks, hard rock, and some forms of teen pop, as these are less popular among adults, the target demographic. AC radio often targets the 25–44 age group, the demographic that has received the most attention from advertisers since the 1960s. A common practice in recent years of adult contemporary stations is to play less newer music and more hits of the past. This de-emphasis on new songs slows the progression of the AC chart.Over the years, AC has spawned subgenres including "hot AC", "soft AC" (also known as "lite AC"), "urban AC", "rhythmic AC", and "Christian AC" (a softer type of contemporary Christian music). Some stations play only "hot AC", "soft AC", or only one of the variety of subgenres. Therefore, it is not usually considered a specific genre of music; it is merely an assemblage of selected tracks from musicians of many different genres.


This article uses material from the Wikipedia article Adult contemporary music , which is released under the Creative Commons Attribution-Share-Alike License 3.0.