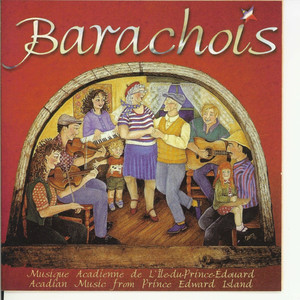 The Acadians (French: Acadiens, IPA: [akadjɛ̃]) are the descendants of French colonists who settled in Acadia during the 17th and 18th centuries, some of whom are also descended from the Indigenous peoples of the region. The colony was located in what is now Eastern Canada's Maritime provinces (Nova Scotia, New Brunswick, and Prince Edward Island), as well as part of Quebec, and present-day Maine to the Kennebec River. Acadia was a distinctly separate colony of New France. It was geographically and administratively separate from the French colony of Canada (modern-day Quebec). As a result, the Acadians and Québécois developed two distinct histories and cultures. They also developed a slightly different French language. France has one official language and to accomplish this they have an administration in charge of the language. Since the Acadians were separated from this council, their French language evolved independently, and Acadians retain several elements of 17th-century French that have disappeared in France. The settlers whose descendants became Acadians came from many areas in France, but especially regions such as Île-de-France, Normandy, Brittany, Poitou and Aquitaine. Acadian family names have come from many areas in France. For example, the Maillets are from Paris; the LeBlancs of Normandy; the surname Melançon is from Brittany, and those with the surnames Bastarache and Basque came from Aquitaine. During the French and Indian War (the North American theater of the Seven Years' War), British colonial officers suspected Acadians were aligned with France after finding some Acadians fighting alongside French troops at Fort Beausejour. Though most Acadians remained neutral during the French and Indian War, the British, together with New England legislators and militia, carried out the Great Expulsion (Le Grand Dérangement) of the Acadians during the 1755–1764 period. They deported approximately 11,500 Acadians from the maritime region. Approximately one-third perished from disease and drowning. The result was what one historian described as an ethnic cleansing of the Acadians from Maritime Canada. Other historians indicate that this deportation was similar to other deportations of the time period. Most Acadians were deported to various American colonies, where many were forced into servitude or marginal lifestyles. Some Acadians were deported to England, to the Caribbean, and some were deported to France. After being expelled to France, many Acadians were eventually recruited by the Spanish government to migrate to present day Louisiana state (known then as Spanish colonial Luisiana), where they developed what became known as Cajun culture. In time, some Acadians returned to the Maritime provinces of Canada, mainly to New Brunswick because they were barred by the British from resettling their lands and villages in what became Nova Scotia. Before the US Revolutionary War, the Crown settled New England Planters in former Acadian communities and farmland as well as Loyalists after the war (including nearly 3,000 Black Loyalists, who were freed slaves). British policy was to assimilate Acadians with the local populations where they resettled.Acadians speak a variety of French called Acadian French. Many of those in the Moncton area speak Chiac and English. The Louisiana Cajun descendants speak a variety of American English called Cajun English, with many also speaking Cajun French, a close relative of Acadian French from Canada, but influenced by Spanish and West African languages.


This article uses material from the Wikipedia article Acadians , which is released under the Creative Commons Attribution-Share-Alike License 3.0.